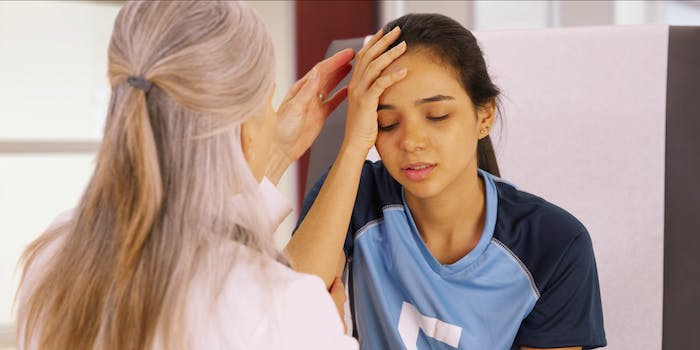 The TikTok ‘skullbreaker’ challenge has now led to criminal charges

This is far from the first time a TikTok challenge has led to serious injury.

Two New Jersey teenagers were charged after their attempt at TikTok’s viral “skullbreaker” challenge resulted in the hospitalization of a seventh-grader.

The two teens, whose names have not been released due to their age, were charged with third-degree aggravated assault and third-degree endangering the welfare of a child. The Camden County Prosecutor’s Office informed the Daily Beast of the charges.

Family members of the injured 13-year-old informed local media that he suffered “a concussion and subsequent seizure” following the incident, according to the Daily Beast.

In an interview with Patch.com, his mother, Stacy Shenker, said he still suffers from concussion symptoms, despite the incident having occurred in January.

“He’s doing better, but he feels like he’s being punished because he can’t do the things he likes to do,” she said. “We need to make sure this doesn’t happen to anyone else. They’re 13-year-old boys, and they just don’t think.”

This is far from the first time a TikTok challenge has lead to serious injury. The skullbreaker challenge alone has resulted in multiple injuries, along with official warnings from police.

The challenge involves three people, lined up in a row. The two on either end begin by jumping simultaneously in the air. When the center person follows suit, their companions to either side kick their feet out from under them. Typically, this results in the center participant crashing backward and hitting their head on the ground.

Stories about the negative results of the skullbreaker challenge have been spreading online for months. Concussions, facial injuries, broken bones and the potential for long-term injuries have parents and officials concerned.

While lectures from their parents and warnings from police are unlikely to dissuade most teens from participating, the legal action taken in New Jersey just might.