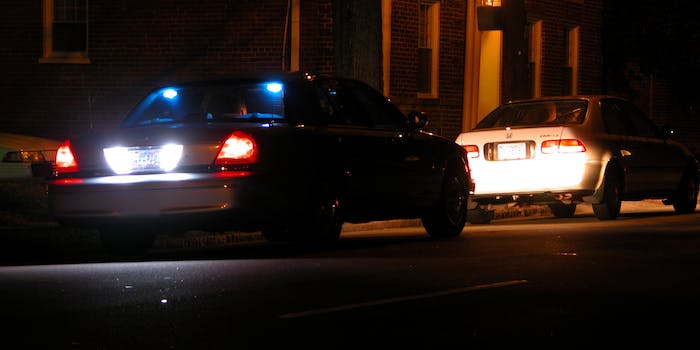 Vandalizing parked cars doesn’t work out well for these kids

Seriously, why would you do this?

Sometimes it seems like YouTube is 80 percent “why would you do that” videos. Why would you try to eat a spoonful of cinnamon when thousands of people have already proved that it’s impossible? Why would you fake a mugging for a “prank?” Why, exactly, would you run around town body-slamming parked cars?

This video doesn’t actually answer that last question, but it does prove that car-slamming is a thing people do in real life. Although as these kids quickly discover, randomly jumping on strangers’ cars does not end well for anyone.

If this is a cool new teen trend, we give up.

Photo via Ildar Sagdejev/Wikimedia (CC BY 2.0)