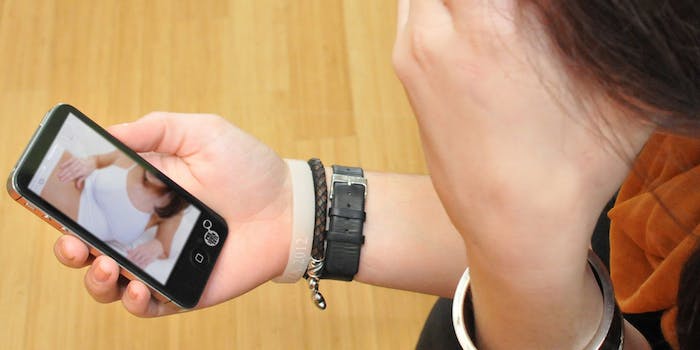 It's hardly a shocking a teen might take a nude selfie. But should it be a crime?

Ever since hormone-fueled teens got their hands on smartphones, authorities have been trying to prevent their sexts from being widely disseminated on the Internet.

In their efforts to dissuade teens from taking naughty selfies and posting them online, the police department in James City County, Va. is taking a rather aggressive approach: they’re charging a local 16-year-old who posted nude selfies on Twitter with child pornography distribution.

Police in James City County, Va. say that the 16-year-old posted the nude pictures on Twitter around Jan. 30, and that the photos were also distributed to a handful of male classmates. After police received an anonymous tip about the photos, they notified the girl’s school and charged her with one count of child pornography distribution, due to what police refer to as the “lewdness” of the photos.

According to James City County Police representative Stephanie Williams-Ortery, who spoke to local news station WAVY 10, the girl will most likely be forced to attend a court-mandated sexting education program, and will not be registered as a sex offender due to her juvenile status.

But it’s possible that she could face charges in criminal court for distributing the photos, and might even be forced to serve jail time (the mandatory minimum sentence for distribution of pornography in the United States is 5 years jail time).

This is not the first time a teen’s sexting habits have led to child pornography charges. Last month, a Canadian teenager was convicted of child pornography possession and distribution after posting a nude photo of her boyfriend’s ex-girlfriend on Facebook, and a Halifax 14-year-old was arrested last year for posting a video of himself having (consensual) sex with his 15-year-old girlfriend.