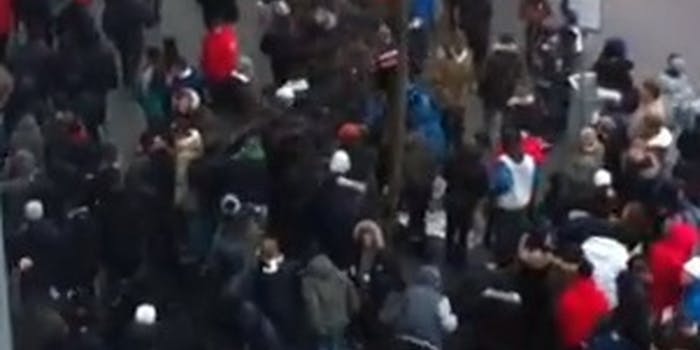 Two girls, 15 and 18, are set to be charged with aggravated defamation over a slut-shaming Instagram account that led to riots in Gothenburg, Sweden.

Two girls are set to be charged with aggravated defamation over a slut-shaming Instagram account that led to riots in Gothenburg, Sweden.

Prosecutor Annika Boman is charging two girls, aged 15 and 18, who are allegedly behind the account. She said the charges will likely “be formally filed at the end of April” but may take longer as the investigation continues.

Boman said she needs to figure out how many of those who reported defamation will be included in the indictment.

The Instagram account showed photos of “teen sluts,” both male and female, along with alleged details about their sex lives, and urged others to send in photos and names of teens. Fury over the account led to riots in Gothenburg as teens sought the individuals said to be behind the feed. One girl was later cleared of any involvement.

Hundreds of teens congregated on a high school where they believed the account’s owner to be, and 27 were arrested.

Several of the roughly 85 people questioned provided investigators with screenshots of the account. Insulting comments regarding the teens in the photos are being investigated for possible slander.