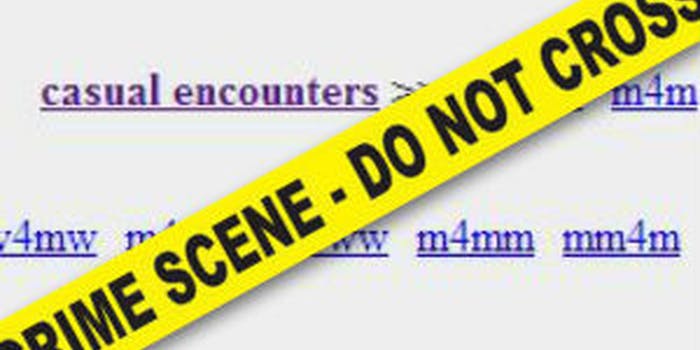 A 17-year-old girl was hit with a handful of charges after allegedly posting a scandalous ad that contained the personal information of another teen girl.

You know what’s a great way of getting back at someone you hate? Putting up a Craigslist ad offering sexual services under their name. You know what’s illegal and can get you in a lot of trouble? You guessed it.

A 17-year-old girl in Union Township, Pa., has been charged with dissemination of obscene materials to minors, unlawful communications with minors, and harassment for allegedly posting a raunchy ad on Craigslist that included the phone number of another teen girl. WTAE Pittsburgh reports that the girl began to receive obscene messages, including naked photos.

After the six-month relationship was over, police say Kuban began to harass the woman and eventually posted the ad, which read: “I’m a senior lady who is looking for some fun and adventure along with some pleasuring!!” The ad also requested that any potential suitor be, “a gentleman in his 50s that is Hung” and asked respondents to “please be for real.” Men who answered the ad allegedly received replies from Kuban posing as his ex, with a photo and directions to her house. Authorities say the ad “led to random men, often traveling from other States, to appear at [the woman’s] property, looking to have sexual relations with her.” Kuban is charged with felony stalking.