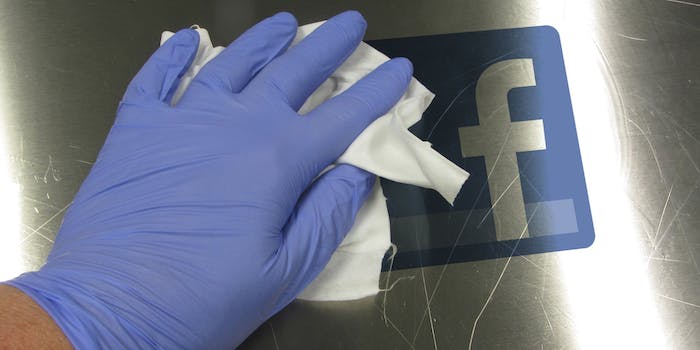 Teen who filmed brutal attack could be banned from Facebook

A prosecutor has called for a 15-year-old girl to be banned from social media sites after the teen was found guilty of orchestrating a violent attack.

A Nova Scotia prosecutor has called for a 15-year-old girl to be banned from Facebook, Twitter, and Instagram after the teen was found guilty of orchestrating a violent attack on an autistic girl.

Mercifully, the extent of the physical injuries was bruising. No bones were broken and there were no internal injuries.

The attacker, who cannot be identified according to Canadian law, bullied another student into filming the assault on the autistic student at Sherwood Park Education Centre in Sydney, Nova Scotia. She later posted it to Facebook.

“Social media is a reality,” Crown Attorney Steve Drake told the CBC. “Facebook might be a staple in the social lives of young people but if it’s used as a vehicle for the commission of crime, what I said to the court is that someone should take away the key.”

Although this is the first such request in the province, a judge in Manitoba earlier this year banned a 12-year-old girl from Facebook for a year while she serves probation for threatening two other girls on the social network.

This sort of ban can be difficult, perhaps impossible, to enforce.

“At some point in time if you’re on Facebook, people will know,” Drake said, “and if someone who’s interested in making sure that this probation order is enforced sees that the person’s on Facebook, (it’s) no different than someone driving along the highway and calling in a drunk driver.”

Provincial Court Judge David Ryan is expected to announce the attacker’s sentence on October 30. The ban, if enacted, would be last for the duration of the teen’s probation period, which both sides expect to be lengthy.

Nova Scotia has gained an unsavory reputation of late, as the location of the horrendous sexual assault by four 18-year-olds on another student, Rehtaeh Parsons, photos of which were also loaded on Facebook. Parsons later committed suicide. Two years later, two men were arrested for child pornography for posting the photos.

The case was closed until the hacktivist collective Anonymous, through the #OpJustice4Rehteah campaign, threatened to release the names of her alleged rapists, at which point the Royal Canadian Mounted Police reopened the case.

The use of social media in the aftermath of abuse, particularly of young women, has become better known, or perhaps is happening more often as technology if more fully integrated into the lives of young people.

At the same time, Anonymous has proven influential in drawing attention to cases in which young women were raped but the cases were closed—first in Steubenville, Ohio, and more recently in Maryville, Mo., in #OpMaryville. In each of those cases, the accused were popular young men in the community.