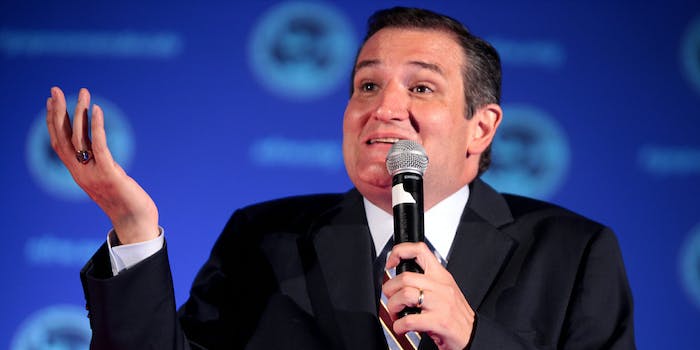 Ted Cruz is in for a long day.

Ted Cruz refers to his erect penis as a "Sexuall Post"

"SexuallPosts" is the funniest part. He is never human even at his most human.

One user noticed a shocking similarity.

SexuallPosts even updated its bio.

CRUZ: "It was a staffing issue, and it was inadvertent, it was a mistake, it was not a deliberate action."