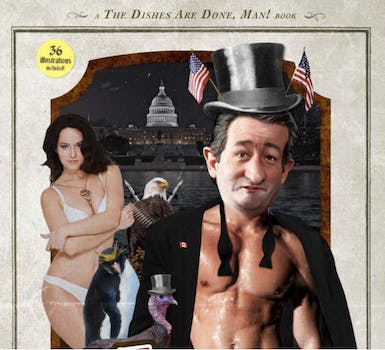 Christmas-themed Ted Cruz erotica will heat up your holidays

'What the dickens is wrong with sexy-man Ted Cruz?'

First there were Ted Cruz memes. Now there is yuletide-themed Ted Cruz erotica. And trust us, there’s no better way to spice up the holidays than by bundling up next to the fire place with A Cruzmas Carol: Ted Cruz Takes a Dickens of a Constitutional.

Lacey Noonan, the wordsmith behind other classics such as A Gronking to Remember and Seduced by the Dad Bod, is back with one of the steamiest political fantasies around. In this story, Cruz is “sucked through glory hole after ol’ glory hole to the past, present and future to learn some heartwarming lessons about America, freedom and also American freedom!” He’s shepherded through these different times by the three spirits of the men’s room, who will show Cruz things he’s never seen before. 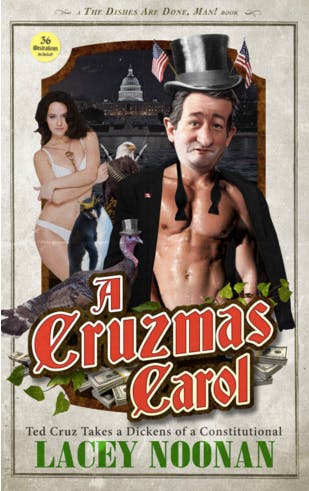 The beginning of Chapter 1, just to whet your whistle:

Feeling fresher and looking cooler than a head of iceberg lettuce on the first day of harvest, Senator Ted Cruz walked into the back room of the exclusive D.C. establishment Fizzywhigs, scanning the room for pussy.

And like that, you’re pretty much hooked, so pick up A Cruzmas Carol on Amazon for $7.99 (paperback) or $2.99 (Kindle). In just 73 pages, this masterpiece will have you screaming the senator’s name in ecstasy.