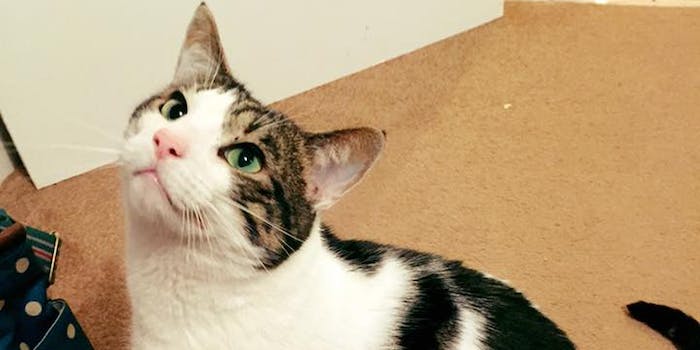 Post office refuses to give cat its Christmas gift

Our purr-ayers are with you.

A trip to the post office can be a real hassle, especially during the holiday season. But it’s important to check our human privilege. The post office is truly a nightmare if you’re a cat.

British cat Ted Maher-Kirk Lindsay was supposed to receive a fun treat from his owner’s mother: his very own kitty advent calendar. But Ted’s owner, Brittany Maher-Kirk, was not home when the mailman arrived. And since Ted’s paws could neither open the door nor sign for the parcel, back to the post office it went.

Since it’s addressed directly to Ted, Maher-Kirk can’t retrieve the package for her feline friend. And there’s an even bigger problem: to retrieve his package, Ted will need to show ID.

Unless Ted has a credit or debit card, a valid passport, a checkbook, a driver’s license, medical ID, or a photo ID, he may not be able to get his paws on his package.

Maher-Kirk documented the harrowing mix-up on her Facebook page.

Poor Ted. Our purr-ayers are with you in this difficult time.