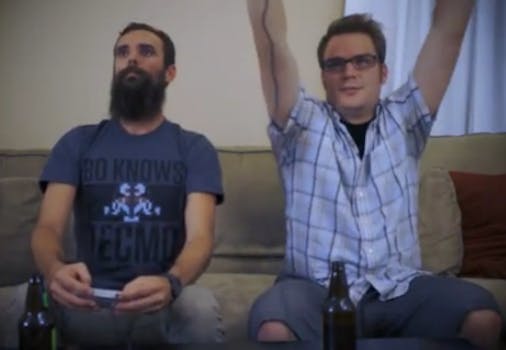 Thanks to a Hail Mary on Kickstarter, Facebook app Gridiron Heroes will begin development next week.

Gridiron Heroes, the multiplayer Facebook game inspired by Nintendo classic Tecmo Bowl, received its Kickstarter funding on Thursday, thanks to a Hail Mary pass from the project’s fans.

Only halfway to its $7,500 goal with one day left in funding, supporters rallied to make the Gridiron Heroes dream a reality, surpassing the project’s goal by a mere $113.

“We did it!” wrote project leader Dave Murray and his partners at Pixel Rampage on the project’s Updates page. “Thanks so much to everyone. This has been a glorious race tot he finish and we are SUPER excited to push this through to the next level!”

Fans of the game were just as excited.

“The Tecmo Gods have answered our players!!! (sp),” wrote backer Paul Christou after seeing the news. “I have avoided creating a Facebook account until I heard about this game. great job guys!!!!”

“This is such a unique experience and I feel a strong kinship with the other 96 [backers] even though I’ve yet to meet/speak to/play any of you,” added Lucas Friedenreich. ‘I’ve never felt so good to spend such a chunk of money. wooohooo!”

Gridiron Heroes, which will first be available as a Facebook application, will begin development next week, with a presumed beta date set for April 18. Murray said that the group was forced to use fake players and teams to avoid any legal issues. Hopefully, he remembered to build a player like Tecmo Bowl’s Bo Jackson.