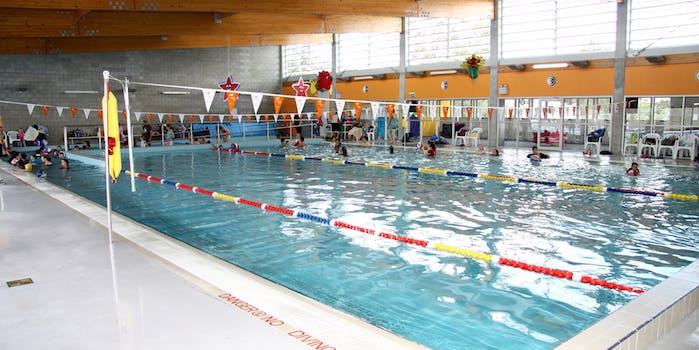 A P.E. teacher faces a charge of corporal injury to a child for pool stunt.

Denny Peterson, a P.E. teacher at Edison High School in Stockton, Calif., is facing charges of corporal injury to a child after a video surfaced showing him allegedly trying to force a 14-year-old female student into the pool during a class.

The incident happened in August and was captured on film by another student. In the video, you can see the girl trying to get away, screaming, and being aided by other students to avoid being thrown in the pool. The girl in question was refusing to get into the water because she’d had her hair done for an event later that night. She repeats in the video, “My top is falling down,” and you can see some students trying to splash her with water. The teacher had the option of academic punishment, but not physical.

Gilbert Somera, the Stockton attorney representing the girl and her family, spoke with USA Today.

“Regardless of her participation (in the class) it should disgust you how this man put his hands on a 14-year-old girl. She said multiple times, ‘My top is falling down,'” Somera said in the USA Today video documenting the incident.

This is far from the first case of educator misbehavior caught on camera or audio. For example, the father of a bullied autistic child posted damning audio on YouTube of a teacher allegedly perpetrating such acts in 2012.

Peterson, who has been with the school district for 10 years, is currently on paid leave.