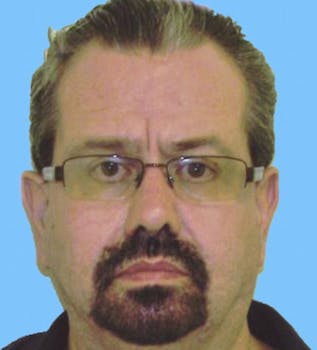 A 50-year-old high school accounting teacher was arrested on his way to meet a male student, allegedly to pay for sex.

An accounting teacher in New Jersey is behind bars after using Facebook to try to bribe a student into sex.

50-year-old Thomas Weir, a New York native and 21-year veteran at John F. Kennedy High School in Patterson, N.J., was arrested in a restaurant’s parking lot Saturday night after police learned that he’d propositioned a male student of his with $50 in exchange for the unspecified performance of sexual acts.

He’d allegedly gone to the restaurant planning to meet the student, but that plan quickly went awry. Now he’s in New Jersey’s Passaic County jail and held on $500,000 bond.

Authorities reported that Weir propositioned the student via Facebook’s instant messaging system, which is also how he arranged for the meeting.

“He was a cool teacher,” JFK senior Quashon Johnson told New York’s WPIX. “I heard he offered candy and all this other stuff to kids, though. That’s kinda strange.”

Weir was arrested and charged with attempted sexual assault, attempted child welfare endangerment, luring and enticing a child, and official misconduct. Should he be convicted on all charges, he could face up to 40 years in prison.