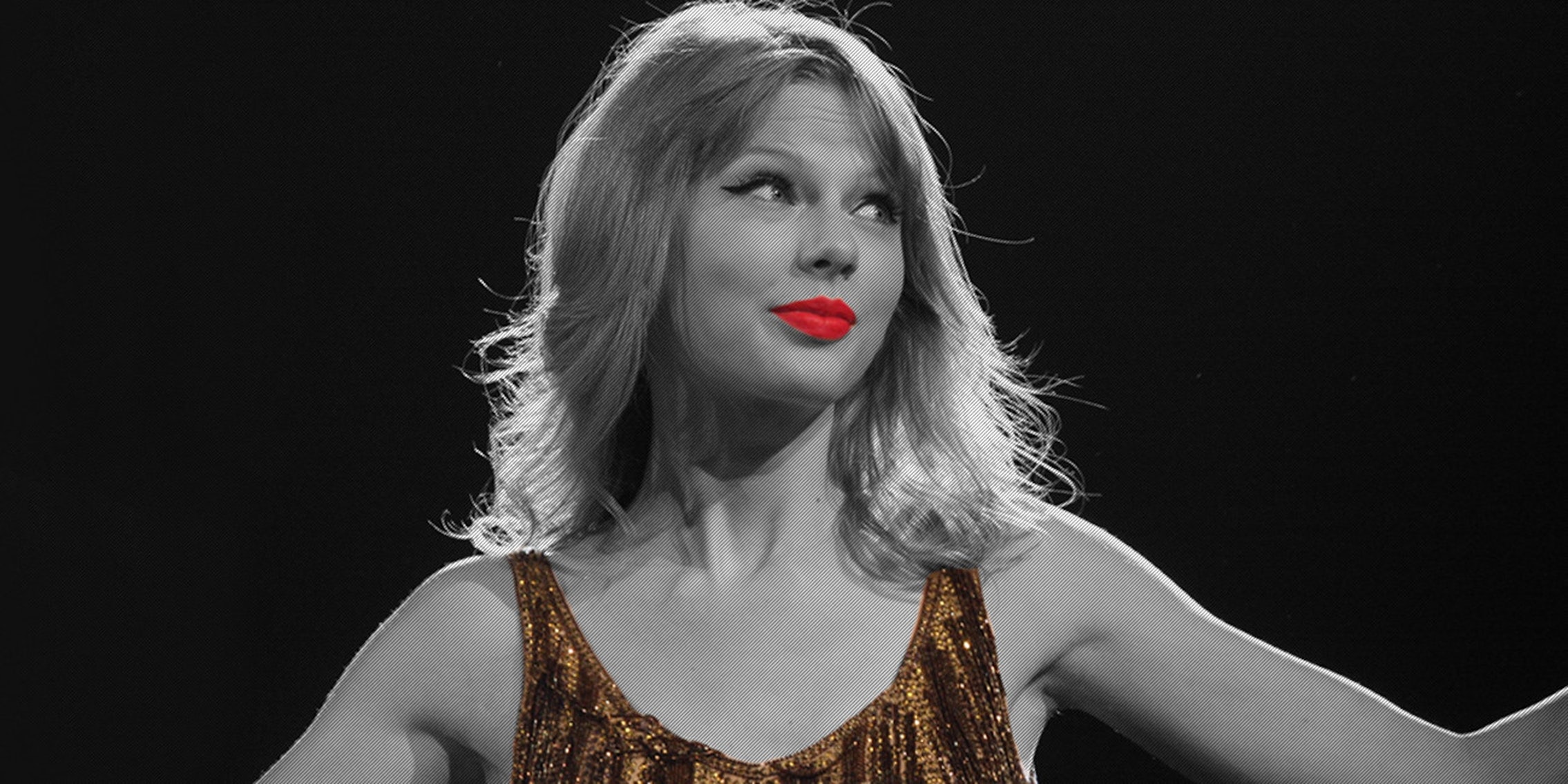 Taylor Swift is a genius.

She may not know how to send rockets into space or operate on your cerebral cortex, but Taylor Swift is a PR mastermind of the highest order. Ever since her career launched, Swift has carefully, methodically, and brilliantly crafted a public persona designed to make you love her (or else). In terms of image control, there probably isn’t a single entertainer out there today who’s as good at playing the same game.

Case in point: Footage emerged last week from her “1989 Secret Sessions” campaign, wherein she hosted exclusive listening parties of her new album for fans that involved having them come over to her house, baking them cookies, dancing around with everyone, and then dispensing hugs like they were going out of style. Even the YouTube comments on the video are a veritable love fest (minus some debate over how many men she’s dated, in typical YouTube fashion), with Swifties gushing over what a “normal” and “down to earth” person Taylor is.

However, despite Swift’s uncanny ability to connect with fans, her skills as a calculating and savvy businessperson should not be overlooked either. Which isn’t to say that she doesn’t genuinely care about her fans, or that she’s faking the sweet as a puppy routine that’s defined so much of her career. However, when it comes to cultivating a reputation, Taylor Swift is a shark.

To illustrate, let’s return for a second to the 2009 MTV VMAs. A day that will live in pop culture infamy, this was when Kanye West got up onstage during Swift’s win for “Best Female Video” and declared that Beyoncé’s “Single Ladies” deserved the trophy instead. This galvanized people against West, turning those that were on this fence about him before into active detractors after (although, to be fair, West has not exactly made a great effort to win anybody back either). Swift, on the other hand, actually came out on top of the whole thing, looking better than she ever had before, gaining sympathy from just about everybody on the planet, and cementing her place as America’s Homecoming Queen.

While Swift could have in no way planned on being victimized by West, she expertly capitalized on the situation. In that moment, only the most cynical person would conclude that Swift wasn’t genuinely hurt, or that West wasn’t genuinely being a jackass. But the narrative that it’s resulted in has only helped her. It’s still almost impossible to criticize Taylor Swift without someone telling you to “leave poor Taylor alone.” It’s not as if her whole career has been built on this pity party, or that most people haven’t moved on from that fateful night, but one has to give Swift credit for using it to her benefit.

Of course, those who do criticize Taylor Swift usually criticize the fairly revealing manner in which she so frequently addresses her public and personal life. Granted, her songwriting isn’t completely upfront, and she’s known to be a bit cagey when asked to identify exactly which tune is about whom. But because Swift is a young, beautiful, immensely popular megastar, people can’t help but speculate. And this is all part of the plan. Swift gives you just enough to keep you interested, while also not revealing so much that you don’t come back for more.

In the past few years, Swift has gotten some flak for certain lyrics which have been perceived as slut-shaming, or putting other women down. But Swift countered that recently by hopping on the Beyoncé-led celebrity feminism bandwagon, explaining that she used to think that being a feminist meant being anti-men but has since come around, embracing the distinction and branding herself a feminist, too. In addition, Swift has also not been shy about displaying her high-profile friendships with other female pop stars, like Lorde and Selena Gomez, proving that she’s supportive of other women after all.

More often than not, though, it’s Swift’s various relationships with men that have gotten her negative press. But by using feminism, Swift has now found a way to flip the negative attention from her various courtships around, too. This week, Swift talked about the double standards therein, quipping, “You’re gonna have people who are gonna say, ‘Oh, she just writes songs about her ex-boyfriends’, and I think frankly that’s a very sexist angle to take. No one says that about Ed Sheeran, no one says that about Bruno Mars; they’re all writing songs about their exes, their current girlfriends, their love life… and no one raises a red flag there.”

What Swift has effectively done here is to call out her critics, without technically saying they’re wrong. This way, she’s still able to make use of her much-analyzed personal life in her music, while also having a readily available rebuke of those that would take away from said music.

Swift is walking a fine line here. On the one hand, she has to maintain the perfect, good girl image that we all know her for. But on the other, she has to be flawed and outspoken enough to be relatable. Consider, in a new Rolling Stone profile she talks about how she’s never been in love and can’t maintain a relationship. She also admits to drinking, but only once she turned 21, and cursing, but only occasionally. It’s a portrait that makes her look more grown up but also more relatable than her previous Rolling Stone cover story, though she admits that growing up in general is hard for her, which in turn makes her even more relatable.

The ultra-polished picture Taylor Swift presents to the world doesn’t negate the good points she’s making, though. Swift is right about the reversed gender standards for men who sing about relationships in her industry. And questioning the legitimacy of Swift’s feminism and female friendships is kind of emblematic of the sexist scrutiny she’s talking about. In a sense, it’s hard not to feel like we’re the ones who keep demanding Swift balance on this tightrope. Female celebrities are always under more pressure than their male counterparts. Swift simply manages to play the part of America’s sweetheart better than anyone else—with saint-like virtue, but just the right amount of mystery and sex appeal.

There have been a few minor missteps on Swift’s quest for media dominance. This summer, her video for “Shake It Off” prompted a few accusations of cultural appropriation. And, ironically, a spat with Amy Poehler and Tina Fey over a Golden Globes joke regarding her dating life found Swift looking uncharacteristically rattled, when she responded, “There’s a special place in hell for women who don’t help other women.”

Not everybody likes Taylor Swift. But the way she’s able to keep moving, grooving, and shaking it off makes her a singular talent, seemingly relaxed and blissfully unconcerned with what her haters think of her. Don’t believe it for a second: Taylor Swift is not exactly disingenuous, but she is extremely self-aware. And more importantly, she is an immensely talented musician, whose success, especially in 2014, is so massive it defies all logic. And you don’t get that kind of success by being a cupcake.

To underestimate Taylor Swift on these grounds would be the biggest insult to her of all. Her career as a musician is astounding, but it’s her skills in self-promotion and image management that put her a cut above. Call her the Stephen Hawking of female pop stars.