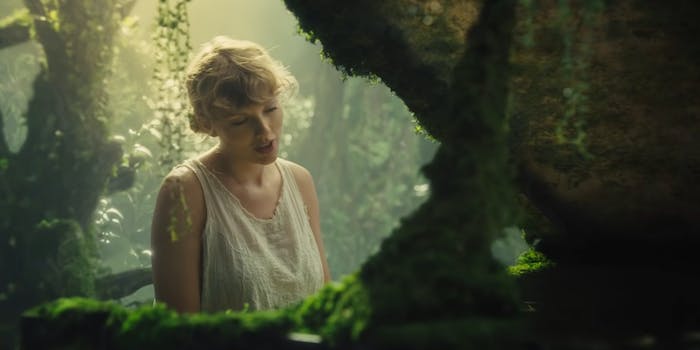 'Anyone who comes after the Queen of Darkness, Taylor Swift, will die alone and burn forever.'

Fans are threatening to release the addresses and other personal information of journalists who reviewed Taylor Swift’s new album, Folklore, according to Mic.

According to the site, Jillian Mapes of Pitchfork and Jon Caramanica of the New York Times are both targets of possible doxing and online harassment from the group of fans.

Mapes’ Twitter account is currently private. The replies to both Caramanica’s tweet of his review and Pitchfork’s tweet of Mapes’ review are filled mostly with what appear to be satanic images of Swift and the same Amharic text repeated in each tweet.

The tweets come from a variety of accounts, most of which have some reference to Swift’s new album in their bios or names.

“Anyone who comes after the Queen of Darkness, Taylor Swift, will die alone and burn forever. They are filled with your dark fears and demons. You will never be happy and you will sleep well again,” the text translates to.

Mic also reported that one fan posted Mapes’ phone numbers and email addresses. Mapes’ review, which was published on July 27, seems to be mostly positive and rated Folklore an 8.0 on the site’s 10.0 scale.

Some fans have replied to Pitchfork’s tweet of the review, calling for the number to be higher on the scale.