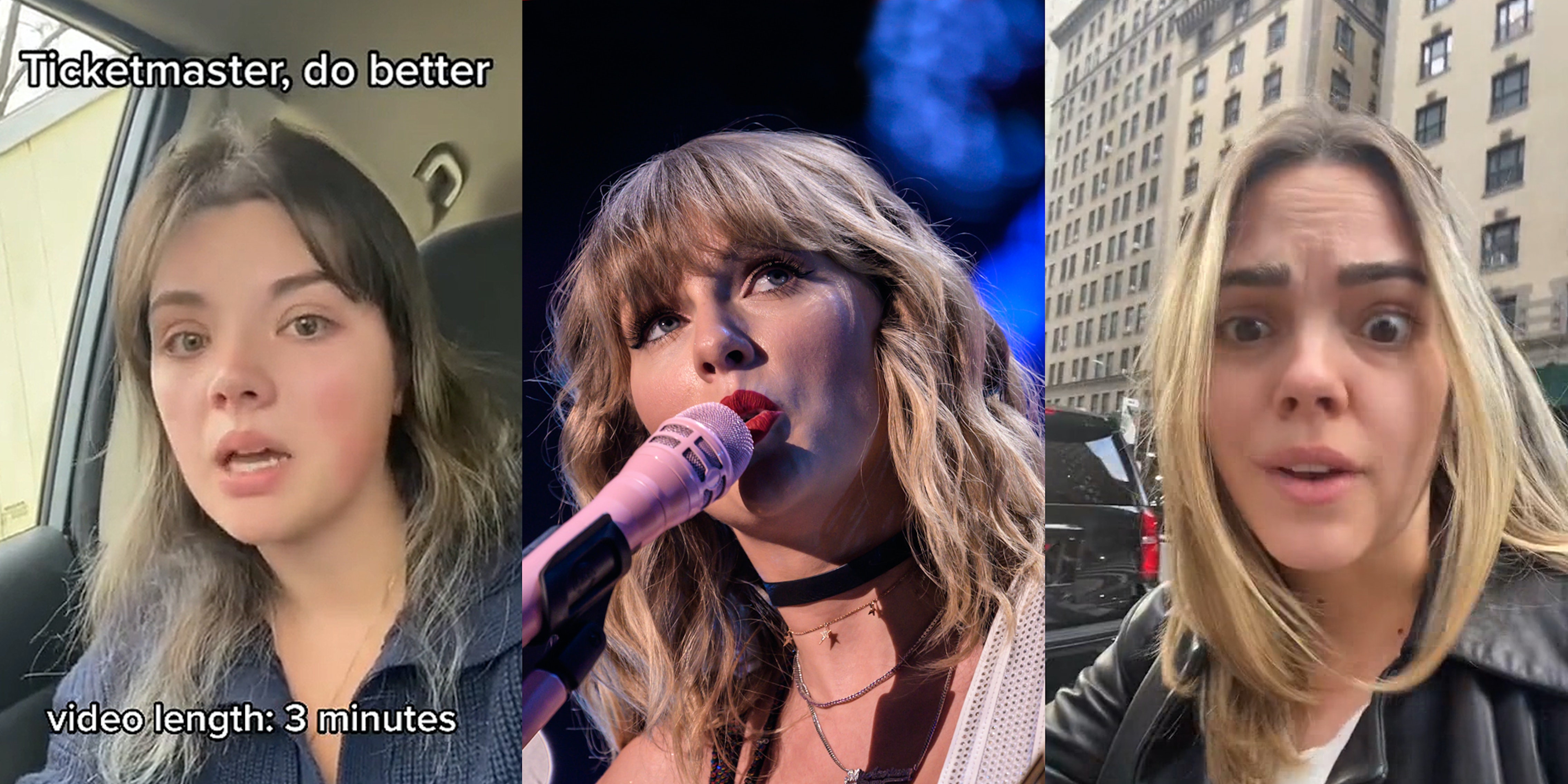 ‘That girl is a capitalist. She doesn’t give a sh*t about you and never has’: Fans are turning against Taylor Swift following Ticketmaster debacle

'Everybody wins in this but the fans.'

After what seemed to be one of the worst days in Ticketmaster history, Taylor Swift fans have taken aim at their own beloved star after thousands of them were unable to secure a ticket to her Eras tour.

On Nov. 14, Swifties with Ticketmaster’s presale code were ready to purchase a ticket to what was arguably the most anticipated tour of the year. According to Ticketmaster, they expected 1.5 million ‘verified’ Taylor fans to visit the site, but were allegedly swamped with 14 million people (though some were bots). While many were able to cop a ticket in the presale—albeit not without struggle—Ticketmaster issued a statement on Thursday claiming that due to “extraordinarily high demands” and “insufficient ticket inventory,” the public sale for the Eras tour has been canceled.

Needless to say, thousands of Swift fans were not happy with this turnout. Not only had they prepared to skillfully navigate Ticketmaster’s notorious faulty systems, but this was also Swift’s first tour since 2018. Many took to social media to air their grievances with not only Ticketmaster but the “Anti-Hero” singer herself.

“I don’t think anybody was prepared for the absolute carnage and bloodbath that was trying to get Taylor Swift concert tickets,” Brown says in the video. She notes how some fans secured $200 tickets and got to the checkout page, only to be booted back for the same tickets to be $900. Brown says she is convinced Swift, along with Ticketmaster, get money off those higher tickets.

“People are still profiting off a percentage of those resold tickets,” Brown claims. “Some tickets I saw [cost] more than I make in a year. But some people are desperate enough to go to these concerts that they will go into credit card debt.”

“Everybody wins in this but the fans,” Brown continues.

Similarly, TikToker Kendra (@kendrasyrdal) went further into highlighting Swift’s past behavior, claiming Swift had often “misused the court of public opinion,” championing fans to her aid only when it affected her personally. She uses the example of Swift calling out Ginny and Georgia, the Netflix show, for being “misogynistic” after they made a joke about her.

“If you call everything that happens to you that you don’t like misogyny, then nothing is misogyny,” she argues.

As more frustrated fans shared their disappointment online, many began calling out Swift for prioritizing money over fans. Several, however, pointed out that the Grammy winner was not acting out of character.

“This woman has proven time and time again to not give a shit about anything except the amount of money she’s making,” TikTok user Rachel (@rachelwainz) said on Thursday. She details this by listing out the times Swift asked fans to “buy 17 different albums,” and the time she “refused to put music on streaming platforms because she wasn’t getting paid for it.”

Swifties are in shambles

“That girl is a capitalist,” Rachel concludes. “She does not give a shit about you and she never has.”

Another TikToker chastised fans for urging Swift to make a statement, saying Ticketmaster and Swift are “business partners.” User Riley (@rileylovesriverdale) says Swift remains mum because she’s making millions of dollars out of this debacle. “I think this is just an example of when parasocial relationships go too far.”

However, the musician broke her silence on the subject today, releasing a statement via her Instagram story.

“I’m not going to make excuses for anyone because we asked them, multiple times, if they could handle this kind of demand and we were assured they could,” she said. “It’s truly amazing that 2.4 million people got tickets, but it really pisses me off that a lot of them feel like they went through several bear attacks to get them.”

Swift also noted that she hopes to be able to add tour dates to ensure that those who missed out on the ticket sales would be able to see her live. She did not address the ticket prices.

As a result of the debacle, the Justice Department has begun an antitrust investigation into Ticketmaster’s parent company, Live Nation Entertainment, per the New York Times.

NBC News reporter Morgan Sung echoed the sentiments of other TikTok creators in her own video, saying Swift is the “embodiment of girlboss-feminism” that encourages women to “win at capitalism” instead of dismantling it. Sung also lists examples of Swift’s capitalistic behaviors, like being the celebrity who used her private jet the most and who targeted Etsy sellers making Swift merch.

Sung commends Swift’s “brilliant songwriting” and accepts that Swift’s music resonates with a lot of women who live in a “patriarchal space,” but claims these things don’t make her a revolutionary. Alluding to fans who defended Swift as being an ally and then were sorely disappointed at her silence re:Ticketmaster, Sung urges fans to adjust their expectations.

“She’s not the feminist leader she’s made out to be,” she says.

The Daily Dot has reached out to Rachel Brown, Rachel Wainz, Riley, and Kendra via TikTok comment, and Sung via email.