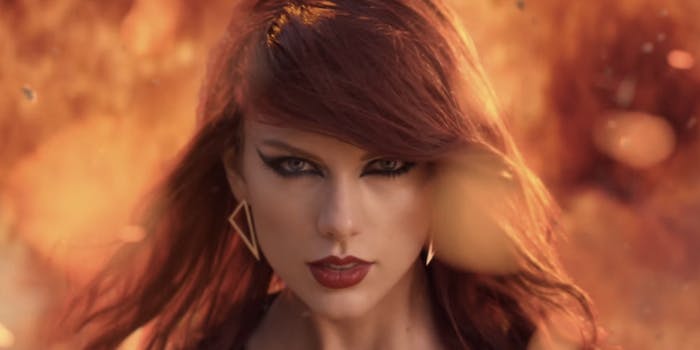 If you like Taylor Swift, you'll definitely love Disturbed.

Taylor Swift fans: Are you ready to get down with some sickness?

Oh, I should explain. That’s a reference to the band Disturbed and their 1999 hit single “Down with the Sickness,” off the album Sickness. You’ve probably heard their music before. It’s most likely what’s blasting out of that giant pickup truck sporting a huge TapOut sticker on the rear windshield that revs down your street everyday at about 7pm.

To give the average Taylor Swift fan a solid intro to the notorious metal band, YouTuber Anthony Vincent recorded a cover of “Bad Blood” in their style—complete with heavy, compressed guitars and gritty, compressed vocals. What Vincent delivers is nothing short of legendary.

If you like what you heard and want to know more about the band Disturbed, you can visit their website at www.disturbed1.com.