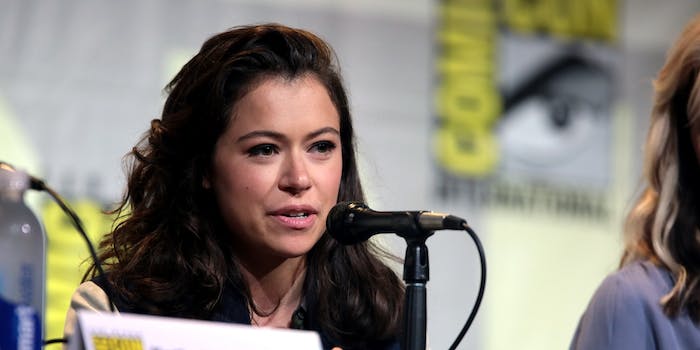 Maslany gained a devoted following during Orphan Black, a show that required her to play multiple roles at once, showcasing her range as an actor. She’s kept busy since the show went off air in 2017, and at one point was reputedly in the running for a Star Wars role. She-Hulk is undoubtedly the next big project her fans have been waiting for, a long-awaited adaptation of a popular Marvel hero.

She-Hulk is Jennifer Walters, Bruce Banner’s cousin. She works as an attorney when she’s not being a superhero, making the character an obvious choice for a legal drama format. But unlike the gritty crime drama atmosphere of Marvel’s Netflix shows, She-Hulk feels better suited to a more upbeat tone.

Slated to launch on Disney+ after Marvel’s first round of new live-action shows (WandaVision, Loki, Falcon and the Winter Soldier, and Hawkeye), She-Hulk already has a showrunner and director. Jessica Gao (Rick and Morty) will lead the writers’ room, while Kat Corio (And While We Were Here) will direct the pilot episode.

Unlike Marvel’s previous TV spinoffs, the upcoming Disney+ shows will link directly into the movie franchise. That means there’s already speculation about Maslany appearing in the movies—potentially alongside Brie Larson, who seems to be a big fan of Maslany’s work.