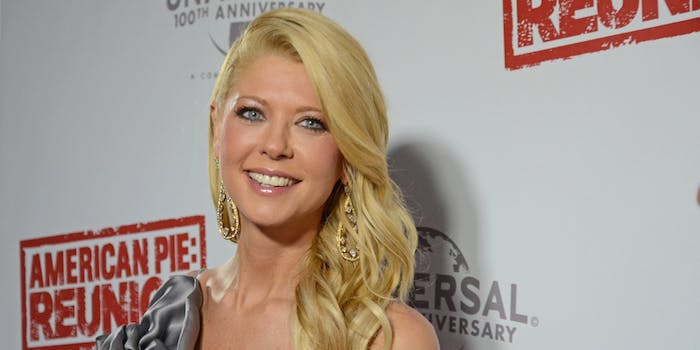 Giuliana Rancic, Tara Reid, and the problem with skinny-shaming women

It only makes the problem worse.

I was watching the Oscars last month when Giuliana Rancic, E!’s red carpet correspondent, popped up on TV. “Who is that?” my boyfriend, who is not super pop culture-savvy, asked. “She looks awful. It looks like she’s slowly dying of an eating disorder.”

His was a legitimate reaction to Rancic’s ultra-skinny frame and not an uncommon one. Rancic has spent her on-camera career fighting off claims that she suffers from an eating disorder. (In a recent interview, she told People that her stick-thin frame was a result of the medication she takes for her 2011 battle with breast cancer, despite the fact that she has fought off rumors of an eating disorder long before her diagnosis.) And when I logged onto Twitter later, my feed was teeming with critiques of Rancic’s super-slender frame.

Shaming celebrities for being too skinny or too fat is a vaunted media tradition, as old and as time-honored as Missing White Woman Syndrome. But as our culture has increasingly become more body positive, thanks to the rise of Dove campaigns and quote-unquote “plus size” models like Ashley Graham, we’ve moved further in the direction of skinny-shaming celebrities like Rancic. Recently, the skinny-shaming cycle began anew when a photograph of an emaciated Tara Reid in a bikini started making the rounds online. The Daily Mail screamed that Reid looked “worryingly thin,” and Perez Hilton called her body “alarmingly thin.” “Is she OK?” he clucked, directly above a GIF of Reid licking a microphone.

But what was even more troubling than the photos themselves was Reid’s response to the tabloid furor over her body. “I’m just a skinny girl and I do eat!” she crowed on Twitter. “This is old news!” She didn’t seem particularly upset that the media was insinuating that her body was unhealthy. In fact, given how frequently she was retweeting her fans’ rebuttals, she seemed kinda pleased that the media was making any claims about her or her body at all.

I’m not Giuliana Rancic’s or Tara Reid’s doctor, so I don’t know if there’s any credence to their claims. But I do know this: As a woman who has struggled with disordered eating for much of my life—and who continues to struggle with it, to the extent than disordered eating is similar to alcoholism, in that it never goes away—I know the absolute worst, most dangerous thing you can tell someone with an unhealthy relationship with food is that they are too skinny. Perez Hilton and the Daily Mail are not just concern-trolling; they are potentially feeding into deeply twisted pathologies, in a way that could permanently harm women’s lives. And if we have any concern for women’s bodies and women’s lives, we need to put an end to skinny-shaming once and for all.

I can’t tell these women’s stories for them; I can only tell my own. And what I can say about my own struggles with food and my body is that I come from a family in which disordered eating is an inheritable trait, like green eyes or a predisposition toward depression. My mother is a chronic yo-yo dieter, and my grandmother is notorious for not eating any meal except dinner, which usually consists of chocolate ice cream and a few glasses of vodka.

I can’t tell these women’s stories for them; I can only tell my own.

As they have gotten older, the men in my family have become increasingly obsessed with weight; according to family legend, when my aunt was dying in the hospital, my grandfather commented on her frame, which had apparently ballooned from chemo. There is a tacit understanding among certain members of my family that a healthy, balanced diet, or even your health in general, is something that is worth sacrificing for the ultimate goal, which is to be thin.

I love my family more than anything in the world, but the end result of this value system is that I have, slowly and systematically, starved myself on and off for about 10 to 15 years of my life. It started in 8th grade with an offhand question my mom asked about whether I really wanted to eat a fourth Oreo because I was wearing gym shorts and she could see my cellulite and ended my sophomore year of high school, when I dropped to 95 pounds and my dean had to call me into his office to tell me teachers were concerned, and I should probably eat a sandwich.

This experience was not specific to me. I went to a private high school, where developing a full-blown eating disorder was considered something of a rite of passage for the female student body. My friends used to have sleepovers where they’d order nachos and watch Degrassi and spend the next few hours taking turns purging in the bathroom. But while most of my peers grew out of their disorders, I continued to pick and poke at my food through college and beyond.

Since then, these struggles have continued intermittently, resurfacing during particularly emotionally wrought or stressful periods in my life. If I have trouble at my job, I don’t eat. If I have a bad breakup, I don’t eat. Most of the time, I don’t even realize I’m not eating until someone makes an offhand comment about why I don’t go out for lunch, or if I drop a bra size, or if I trip and fall and feel the hard bone of an extremity tangling with softer flesh. Every time this happens, I step onto a scale and realize I have not been eating. And every time, no matter what the number on the scale is, I am crushed, more than any break-up or fight or job loss could possibly crush me.

I went to a private high school, where developing a full-blown eating disorder was considered something of a rite of passage.

I don’t talk about this often, in part because it’s no longer something that regularly interferes with my daily life and in part because I have a very close family member who struggled far more than I did with disordered eating. To talk about my own experience seems like a means of belittling hers.

But what I can tell you is that the day she went into treatment, my very first thought wasn’t about how concerned I was for her or how devastated I was that she was going through this horrible experience. I am embarrassed to say that my first thought was that I was jealous. She had gotten to the point in her disease where she had so much control over her own body that she had hit rock bottom, and in this sense, she had succeeded where I had failed. Only someone with an eating disorder would consider not hitting that rock bottom a personal failure, and there is a small, shameful part of me that still does.

That part of me is activated whenever I see women like Giuliana Rancic or Tara Reid body-shamed in the press. To hear other people crow and cluck their tongues over how skinny and sad and sick they are is, for lack of a better term, triggering. Because it makes me realize that I have spent a good portion of my adult years trying to look like them. And even though I intellectually know how terrible that is, I’d be lying if I said the fact that I don’t doesn’t feel like a huge personal failure.

As a result of a lifetime of disordered eating, I have played a number of tricks on my body and my mind. I’ve learned the difference between genuine hunger pains and the gnawing, pleasant sort of hunger that makes you feel light and fizzy and dizzy, like a female character in a Cameron Crowe movie. I’ve learned that water and coffee and half a Luna bar can keep you satiated to the point where you can still function till dinner time. I’ve learned how to push around your salad with a fork so it looks like you’re eating more than you actually are, that wearing baggy black clothes will make it look like you haven’t lost any weight and I’ve learned that doing Jameson shots on an empty stomach can lead to a trip to the airport ER, not to mention some pretty terrible poops.

But above all else, what I’ve learned from not eating for nearly 15 years is that there is nothing as incredibly satisfying or as deliciously validating as being told you look too thin. Even if it is the context of being told you look sick and unattractive, nothing in the world is possibly as rewarding as someone pointing to your protruding collarbone or encircling their hand around your arm, and telling you you look so skinny, are you OK, you need to eat something, goddammit.

By skinny-shaming celebrities like Tara Reid and Giuliana Rancic, we are acknowledging that their dramatic weight loss is a cry for help. But we are doing it in the worst possible way. We are holding them up on a pedestal while simultaneously knocking them back down; we are telling women they shouldn’t look like them, while putting younger, larger-breasted versions of themselves on the cover of the 10 Hottest Swimsuit Bodies of Us Weekly. We are preaching body positivity and acceptance of all sizes, while simultaneously condemning one size as unilaterally unhealthy and bad, bad, bad.

As a result of a lifetime of disordered eating, I have played a number of tricks on my body and my mind.

But most of all, we are telling them exactly what they want to hear. It doesn’t matter if they actually have eating disorders or not; for many, many women, “you look too thin,” “you look sick,” or “you are too skinny” are phrases far more thrilling than “I love you.” By plastering Tara Reid’s underweight frame on a magazine cover and saying she has a problem, you are telling Tara Reid, and by extension millions of women who suffer from eating disorders, that they do not have a problem, that all is going according to plan, that they are doing everything exactly right. In a world where “you look too thin” or “you should eat something” are the four most magical words in the English language, skinny-shaming a woman doesn’t teach other women not to be skinny. It teaches them that if they’re not hearing those four words on a regular basis, they are not skinny enough.