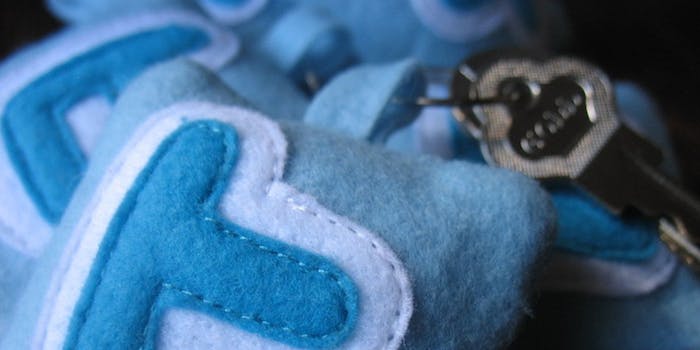 Is it creepy socialize with your girflriend's friends behind her back, on Twitter?

I’m very active on Twitter. The girl I like is not. But many of her friends are—and some of them are people I’m only one or two degrees away from. (She works in politics and I work in media, so we both know a lot of prolific tweeters and some of them know each other.) Would it be gross and creepy of me to try to make friends with her friends? We’re at the point where we’ve expressed mutual interest and gone on some dates but we are definitely not a couple and nowhere near the point where we’d be hanging out with each other’s friends offline.

Yes, it would be a little creepy of you to go out and attempt to make contact with her friends only because you like her. What’s the goal there? To impress her with how many of her compatriots you know? To get dirt on her? To have them put in a good word? None of it sounds very high-minded. Even if you’re just taking a sincere interest in stuff she likes, maybe you should start with reading books she recommends. Leave her friends out of it for now. It is not, however, creepy of you to talk to her friends if they come into your circle organically. You don’t have to avoid “reply all” if one of your buddies hops in a Twitter canoe with one of hers.

Granted, if she’s not on Twitter much she’ll never know if you’re talking to her pals. You could wangle your way into their circles, then play it off like you had no idea she knew them (a la this question from last week). But, ugh, why? You have enough currency with her just by working in an interesting field that she’ll know something about, but not enough that it’s boring to talk to you. Or you don’t. Whether your relationship goes forward has nothing to do with whether you can ingratiate yourself with her friends.

That said, do go ahead and observe the tweet streams of her friends to see whether you even like them. I can think of several times I wished I’d known in advance whether someone else’s buddies were assholes or not.