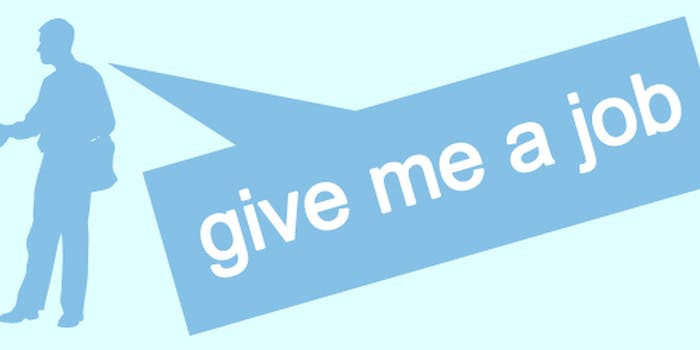 I recently saw a job listing at a company that I really like, and I think I’d be a pretty good fit —someone that works there even contacted me to suggest that I apply, which is always a nice ego boost if nothing else. So, after applying, in an effort to get to know potential co-workers better, I started following several of them on Twitter. Some even followed me back, and others engage with me if I reply to one of their tweets.

I never heard back about the job, but it’s still listed on their website—there’s no way I can subtly ask any of the people that work there what the hiring status is, is there? I don’t want to make Twitter any weirder than it already is. 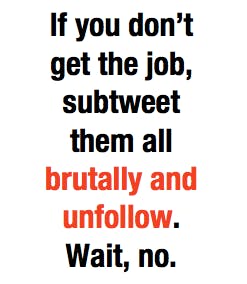 Actually, I would say you absolutely can, provided some of your potential co-workers have moved from the category of “person I follow on Twitter” to “Twitter acquaintance” or “Twitter friend.” (Only you can know exactly how you define those categories—it’s often rather abstract, more of a feeling than something that can be analyzed, but I tend to upgrade people to “acquaintance” when we follow each other and both people reliably respond to each other’s tweets.)

I am unusually shameless about wringing every possible bit of networking out of everybody I know, so maybe take this with a grain of salt (on the other hand, here I am writing a fun advice column for pay, so maybe I am the ONLY person whose career input you want). If I had applied for a job at a place where I had several online acquaintances, I would absolutely send the one I interacted with most a DM saying “Hey, so I applied for a job at Yoyodyne, do you have any idea who I could follow up with?”

The crucial part is that you’re not asking, “Can you get me this job,” “Can you move my resume to the top of the stack,” “Can you put in a good word for me,” or anything else that implies that you expect this acquaintanceship to carry more weight than your actual skills. Asking for a name says, “I plan to do this on my own merits, but I also know how to leverage my resources.” And it leaves the door open for the person to volunteer to go further on your behalf.

If they can provide you with contact info for a follow up, then you send a nice professional email, just like you would if you were following up at a business where you didn’t follow anyone on Twitter. Except that you can add “John Smallberries gave me your email address” at the beginning. (Although, on second thought, replace that with the name of the person you actually talked to.) Do the same if John volunteers to put in a good word for you, but do it faster.

And then, if you don’t get the job, subtweet them all brutally and unfollow. Wait, no. Probably don’t do that.