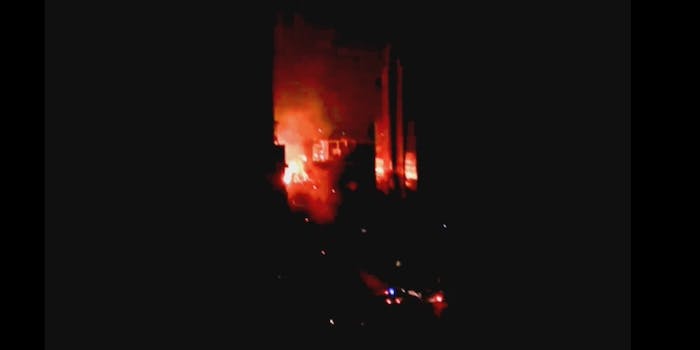 The blasts have killed more than 20 people, including five firefighters.

Explosions in Taiwan that appears to have been caused by a gas leak have claimed at least 15 lives, according to early reports.

The Associated Press reports that the chain of explosions Kaohsiung has killed 15 people and injured 228, including five firefighters.

A Facebook video captured several of the explosions that seemed to shake Kaohsiung, a city in the southwestern region of Taiwan.


At least five explosions sounded in Kaohsiung, Taiwanese premier Jiang Yi-huah told the AP. According to the BBC, China’s Xinhua news service reported that the situation began when a “gas-like smell” arose from drains in the streets.

Update: CNN reports that the gas explosions have now killed at least 22 people and injured some 270 more. That is up from 15 dead and 228 injured at the time of publication.