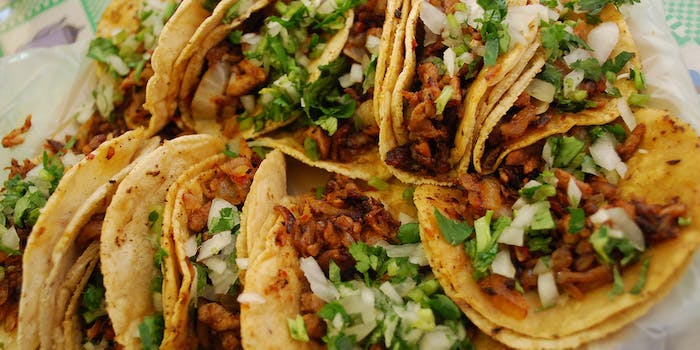 We want one ASAP.

The University of Nebraska-Omaha is reportedly getting an $81.6 million sports arena. That news alone is sure to make UN-Omaha sports fans happy, but it’s not nearly as exciting as what’s going in the arena: a Taco Cannon.

This wonderful creation, which brings to life the idea of blasting tacos across a completely full sports stadium, is the brainchild of local taco joint Voodoo Taco. It’s massive. It’s glorious. And it works.

Someone will take a taco to the face. pic.twitter.com/MOqwzJ5elC

“I’m just a little kid and it sounded like fun,” explained Newton, whose partners initially laughed at his Taco Cannon idea.

Look who’s laughing now. This machine launches restaurant-quality, foil-wrapped tacos into the air and ensures that they somehow land fully intact and totally edible. Not only will the Taco Cannon transform its wielder into a god who must be worshipped, but it is sure to promote friendship and camaraderie among the people lucky enough to catch its manna from heaven.

Since debuting on the local news, the cannon has achieved viral success on Twitter, where it reportedly bested #EarthDay as the number one trending topic last Wednesday. Voodoo Taco is now attempting to get its new baby on the late-night television circuit.