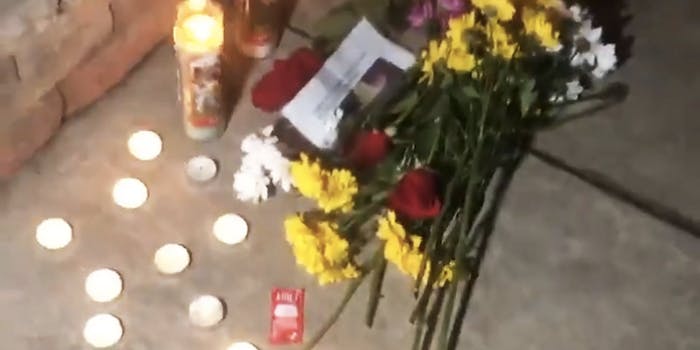 Dozens came to pay their respects.

Students at Penn State University got up to some serious shenanigans on Sunday evening, when hundreds showed up to hold a candlelit vigil for a Taco Bell that had closed unexpectedly the week prior. The gathering was organized on Facebook by Prajesh Patel, a computer science senior, which attracted over 250 people confirmed as “going” to the event and another 500 more marked as “interested.”

“Join us as we spice things up outside of our beloved downtown food establishment,” reads a message on the event page. “Being one of the best spots to spend a late night out, Taco Bell can never be replaced.”

For those wondering what exactly is so irreplaceable about a Taco Bell, the location was apparently popular among students due to its closing time of 3 a.m. during the week and 4 a.m. on weekends. Fair enough!

Attendees of the vigil were encouraged to share kind words and light candles—with special appearances promised from the Nittanyville trophy and Taco Bell staff.

“Taco Bell is not gone, it is not forgotten, but it lives here, in our sauce packets,” computer science junior Kevin Victor told the Daily Collegian, a student-run publication.

Unsurprisingly, it didn’t take long for the vigil to go viral like wildfire on Twitter, where video footage was shared by outlets such as Barstool and others.

Penn State is the only school that would have a vigil bc Taco Bell closed. pic.twitter.com/gEoaHJjFow

Others were more skeptical at the stunt, pointing out that there are maybe more pressing issues in the world than a fast food restaurant shutting down. Not to mention that some evoked the school’s decidedly unpalatable legacy.

also the only school that rioted over the football coach getting fired for enabling a pedophile https://t.co/RTll8KbB2P

Fuck Taco Bell. Where was Penn State when an officer shot Osaze Osagie last semester? Y’all gave the closing of a TACO BELL more media attention and support than when a human being was wrongfully shot. I hate it here.

Patel told the Collegian that although he had initially started the Facebook event as a joke, he was glad that it ended up drawing so many people wanting to support the community.

“Memes and jokes bring people together, but it was about the cause for Taco Bell,” he said. “And that’s why people came out, because I guess there’s like a similar feeling.”

Georgia Tech students gave a similar sendoff when a Taco Bell at the campus student center closed in 2018, because you can never underestimate the love between a college student and cheap tacos that may or may not give you diarrhea. Live más!