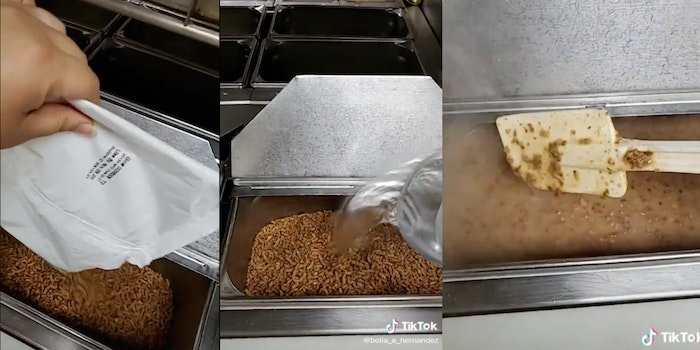 One viewer claims they 'literally gagged,' while others think the process looks pretty normal.

Panera, McDonald’s, and Chick-fil-A have all had their menu items seemingly exposed by employees online. Now, the time has come for the well-known beacon of Americanized Mexican cuisine: Taco Bell beans.