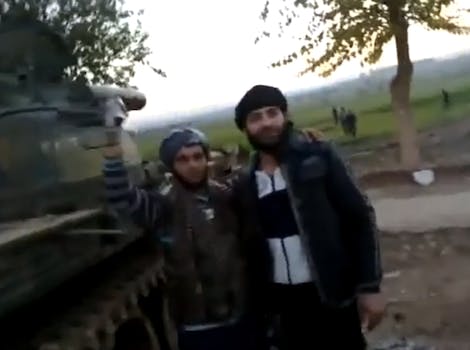 For the second time in two months, a Syrian human-rights group that uploads video documentation of the country's brutal civil war has had its YouTube channel suspended.

For the second time in two months, a Syrian human-rights group that uploads video documentation of the country’s brutal civil war has had its YouTube channel suspended for violating the “publishing shocking and offensive videos” prohibition in its terms of service.

The Syrian Observatory for Human Rights (SOHR), a pro-democracy group, is devoted to “documenting and criticizing all Human Rights violations,” according to its YouTube bio. It’s uploaded almost 2,600 videos to its channel, many of them of horrifically wounded dead civilians, including children. (“Wounded by shelling the town of Ras al-Ayn,” which shows rebels bringing two possibly killed men, as well as a dust-covered boy, to medical attention, is a typical example. Be warned that it is extremely graphic.)

The channel, suspended on Sunday, has since been reinstated. Still, according to comments from a SOHR representatives provided to Agence France-Presse, the second suspension indicates a “lack of awareness by the YouTube administration about the value of what is being published, that global media depend on these videos to know what is transpiring on the ground.”

YouTube rarely comments on individual suspensions, and didn’t respond to immediate request for comment. It formally prohibits “graphic or gratuitous violence” as part of its terms of service. However, YouTube also proclaims itself a “platform for free expression,” and particularly touts its role in helping people document human rights around the world.

Seemingly unfazed, the SOHR channel has been active since its suspension, having uploaded 13 videos, most of them violent, since being reinstated.