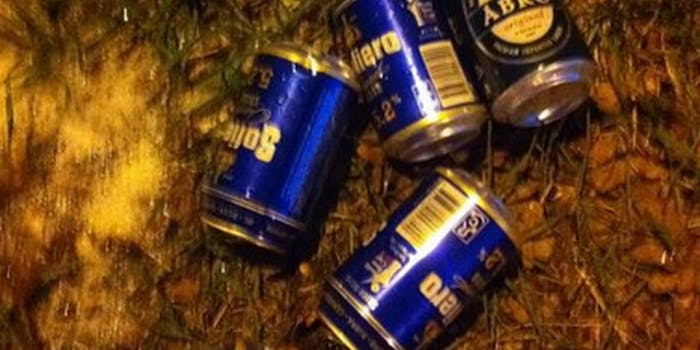 Superintendent Scott Goodwin is tired off cleaning up after drunk teenagers in the town of Vaxjo, and it's about time you hear about it.

Police in the Swedish town of Vaxjo wanted parents to know that a lot of work (and trouble) goes into taking care of their drunk teenagers—so they took their message to Facebook.

Superintendent Scott Goodwin created a 12-point list to inform parents what his force does every weekend, tending to brawling, puking, and passed-out teenagers. (The legal drinking age in Sweden is 19.)

First on the list is “locate and monitor what they are doing in town late at night.” Other duties include breaking apart fights, pouring out alcohol of underage consumers, and ensure the necessary medical treatment is received.

And how about this for Swedish hospitality? “[H]ug them if they are afraid” is listed in the ninth spot. Goodwin presses parents to make themselves free at nights and to not ask, “[B]ut, how drunk is she?”

“You are responsible for your own children and you are of course welcome to assist police with the above duties as well,” Goodwin wrote. “If you help us with duty number 1 maybe we won’t need to do anything regarding duties 2 to 12.”

Goodwin’s plea not only grabbed the parents’ attention, but the world’s. The original Swedish language version, posted on Vaxjo’s police page, garnered 33,000 likes and 1,400 shares. He also reposted it in English. That version attracted another 272 likes.

“It’s not the police responsibility to raise your child,” Anna Nordin commented.

Goodwin, who is a fierce opponent of underage drinking, told the Associated Press that the origin of the list came from a conversation he had with a mom who was reluctant to pick up her drunk 16-year-old daughter.

“Her mom said ‘We live a fair bit out of town’ and asked ‘How drunk is she?’” Goodwin told the AP. “That doesn’t sit too well with the police.”

As for those doubting the veracity of the list, Goodwin offered a simple solution: “[P]lease feel free to come into town between the hours of midnight and 4am on Friday and Saturday evenings.”