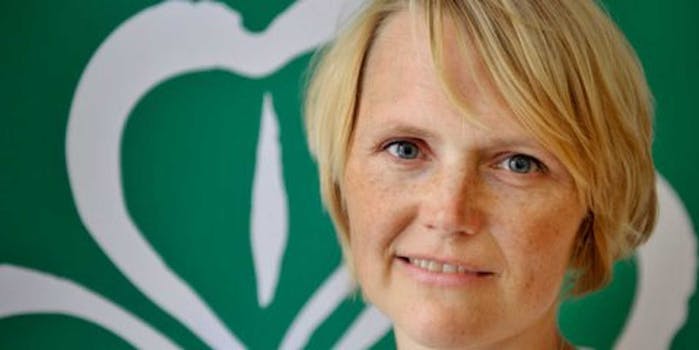 The Swedish Pirate Party has found a few ways to protest the country’s copyright laws, which it views as overly broad and restrictive: make sure the government knows about every infringement.

Or, at least, every infringement committed by the nation’s communications minister, Anna-Karin Hatt. The party announced Thursday that it had reported her for the gross crime of posting copyrighted content, like panels from Calvin and Hobbes cartoons, to her Instagram account.

Though the police aren’t likely to take the report seriously, it a symbolic gesture, coming on the tenth anniversary of the launch of filesharing site the Pirate Bay. While TPB and the Swedish Pirate Party are entirely separate entities, they’ve often crossed paths over the years, with the party even hosting the filesharing site for a stint.

The Pirate Party said the stunt is to highlight the contradiction between the fact that Sweden has a division of law enforcement dedicated to gathering evidence of copyright infringement, yet simple copyright violations are part of everyday life.

“When not even the Swedish IT Minister complies with copyright law online, one can hardly expect that ordinary Internet users to feel compelled to follow such an outdated law, Torbjörn Wester, a party spokesperson, said in a press release.

This is far from the first time the a country’s Pirate Party chapter has engaged in legal shenanigans to highlight local copyright law. In February, the Finnish Pirate Party noticed an anti-piracy site had copied the Pirate Bay’s design for parody. Parodies aren’t protected under Finland’s much-protested copyright law, and the anti-piracy group took the parody offline.