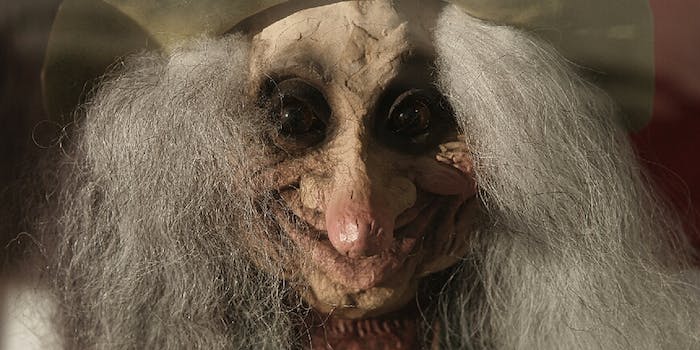 It has to be true if it's on the Internet, right?

For trolls around the world, one universal truth reigns above all: no matter the story, no matter the source, the old-guard media will believe pretty much anything the Internet says. Case in point: the Swedish public TV station Sveriges Television (SVT), which, along with a host of other media outlets, ran a slew of fake news stories based on tips from posters on a Reddit-like discussion thread.

The ruse originated in mid-December on Flashback, one of Sweden’s largest online discussion forums, according to Jack Warner, who wrote about rampant duping for Metro Sweden.  Using a fake address on a free Czech email service, the pranksters sent bogus press releases to various media outlets across the country.

In one instance, a tip from a Flashback prankster posing as a grocery store owner prompted the Swedish publication Hallands Nyetter to run a story about a bag of candy that had been spiked with chili. The story led to the grocery store chain actually recalling the product, despite the fact that there was no evidence that a bag had actually been spiked.

In another instance, a Flashback user identifying himself as “A. Stjaernblom” pretended to be a policeman, tipping off several newspapers about the presence of a new street drug called “kanintjack,” or AH-88, which causes the user to “become disoriented” and “get palpitations.” Several newspapers ran the story, with one even quoting the head of a youth police unit attesting to the dangers of the drug.

The jig was up, however, on January 8, when a reporter received profane emails from an address claiming to be that of Swedish politician Lennart Holmlund. When the suspicious journalist attempted to verify the authenticity of the e-mail, he received a separate e-mail from a Flashback poster asserting that he, not Holmlund, had authored the letter (according to the paper that initially reported the story, Holmlund was planning to notify the police about the hoax).

One of the most popular discussion forums in Sweden, Flashback has also prompted a fair amount of controversy. Like its American counterpart, Reddit, many posters on Flashback are “pranksters,” but as Metro Sweden points out, there are also a handful of “racist and threatening political extremists.” And much like redditors, the Flashback thread posters derived not a small amount of glee from the havoc their trolling wrought, even after the prank was exposed by journalists.

“This is fantastic fun! :-)…Cred to you! A little distressing that journalists just swallow everything [hook line] and sinker, without any kind of source criticism,” one poster wrote on the (Google-translated) thread. Another poster made it clear that this wouldn’t be the last the Swedish media saw of Flashback trolls: “Try any local paper in Smaland…they’re the easiest to fool.”