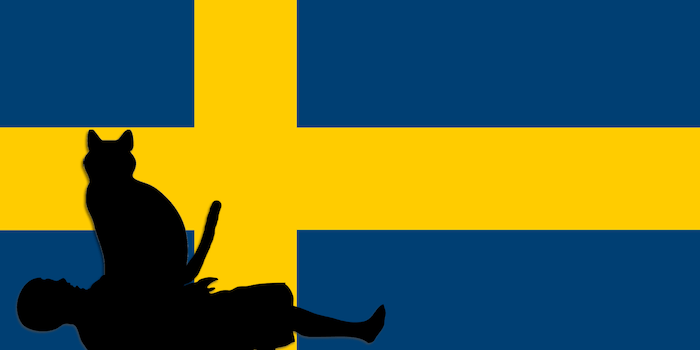 Sickos, beware: If you torture cats, the Internet will find you and make you pay. No matter where you are.

Sickos, beware: If you torture cats, the Internet will find you and make you pay. No matter where you are.

A 16-year-old Swede has admitted to torturing and killing nine cats since late 2011. Users of Flashback, an online forum, helped police track him down.

The teenager, whose name has not been released, admitted to the killings in the Gothenburg area during police questioning, The Local reported.

“As police had suspected, the teenager lived in the residential area where the cat killings occurred. Some cats had their stomachs ripped open and one was found hanging from a tree,” The Local added. “The 16-year-old is suspected of animal cruelty stretching back as far as November 2011, and which was carried out up until as recently as Wednesday when a cat was found dead outside its owner’s home.”

Since admitting to his crimes, the teenager and his family have received threats on Flashback and elsewhere around the Internet. It’s unclear what the teenager has been charged with at this time. He has since been taken to a youth home.

In January, the hacker group Anonymous went on a similar vendetta when it identified two teenage teens in an online video throwing a kitten in the air until it went unconscious. It took a day for Anonymous to track the girls down. The two were forbidden from owning animals for a year.