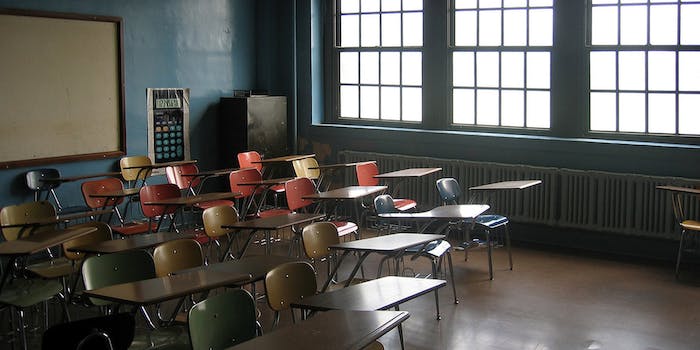 It happened to me: I was suspended from my job for being transgender

When the daughter saw me in her school, she quickly filled in her classmates and told her mom I was working there. This spread like wildfire.

All of us wish for a quiet, undisrupted life. The same is true for those, like me, who are in transition. We hope to maintain our friendships, remain loved by family and keep plugging away at whatever employment we have. Unfortunately, this is mostly a pipe dream. Divorce, firing and lost friends are more often the norm. Such was the case last week, as I found my life turned upside down and inside out.

I am a 52-year-old MtF transsexual and though I have a ways to go on my journey, I am legally female on all my documentation. I am also a professional pilot. In the midst of looking for my next flying assignment, I took a job as a substitute teacher in this little corner of southeast Texas called Lumberton.

At the time of my application, I was legally female, but I did “come clean” about my past to the director of human resources. This was out of necessity due to the required background check, but also I had to explain why I had a college transcript with a male name and gender marker on it. The two of us made a pact.

The director agreed not to share this information with any parent or teacher; I felt they did not have a need to know. I agreed that I would not share my gender identity in any class I was subbing for. And such was the case until April 3. That day, I was assigned to sub for a 5th grade math class. The class came staffed with a teacher’s aide. Wonderful, as there wasn’t much in the way of instruction for me. Some weird things happened that day, but nothing to indicate my life would soon become turmoil, all thanks to a neighbor who objects to my transition.

Indeed, it wasn’t until five days later that I was made aware that I had been relieved from my substituting duties, temporarily. It seems one of the students in the class was the daughter of my neighbor. I’ve lived next door to them for 15 years and they saw the changes in me, so I thought it prudent that I inform them of my transition. They reacted negatively, saying “We’re trying to raise our children and we’re afraid of the kind of people you’re going to have over to your house.'”

So when the daughter saw me in her school, she quickly filled in her classmates and told her mom I was working there.

Unbeknownst to me, I was the topic of conversation at a Little League Basketball Game a few nights later. Then the next day, many parents called on the superintendent, as well as all the members of the School Board, all demanding my removal as a substitute. Not only the School Board but the media was notified as well!

Soon my name and my gender would be known all across the Golden Triangle, and beyond.

Much was said about me, both good and bad — very bad. Mis-gendered, mis-categorized and accused of fraudulently presenting myself. All from folk who don’t know me, nor have any knowledge of gender dysphoria, gender identity and how they work. A School Board meeting was scheduled for the next week, in the meantime, the media ran with the story:

Support for me was immediate, overwhelming and surprising to say the least. A Facebook page was set up to support me: “Let Her Teach” soon garnered hundreds and hundreds of members in a few short hours. My own Facebook page exploded with friend requests, private messages and posts from, at first, my immediate area, then across the state, and then across the nation. The Pink News, an LGBT publication in the UK, picked up the story. I told my friends, “I had no idea I was so popular.”

But “popular” is not the right word, especially among my detractors.

Many vicious and hurtful things were said about me online, in the media and in the School Board meeting; hurtful and false. I was called a “transvestite,” they said I was hired as a man, that I will confuse the students when they see a “man in a dress” or a “woman with facial hair.” It is clear my detractors are largely ignorant of me and my situation. Highly discouraging, I think.

I have been interviewed a few times now, and each time I have had a microphone in front of me, I have attempted to educate, in an intelligent way, those who would be seeing or hearing me. The School Board meeting was packed, primarily supporters, five of whom spoke on my behalf. Eloquently they told of my professionalism, civil rights and the wrongness of my outing. I was again overwhelmed. My detractors were there as well of course. They launched an attack on my character and my worthiness, or lack thereof, to be a substitute. The crowd groaned audibly at one mother’s comment that I was hired as a man. I just hung my head and shook it in discouragement.

In the end, the school Board did the only thing they could: adhere to the letter of the law. Even though a case was made that having me would be a distraction for the students. The school district’s own Non-Discrimination Ordinance lists “Gender Expression” as a protected class. And there was also federal law to consider.

The way it stands right this moment is I have been retained as a substitute, though I am not receiving any assignments. This week I met with all the principals of the various schools here. My intent was to meet in person, have them get a look at me and see that I am not a freak, and there is nothing to fear about me. They were polite and we hashed out several things.

All in all, I am hopeful. If any good can come out of my story I hope it is spreading the knowledge that transgender people are not people to be “feared”—but rather, simply people who deserve the same rights as everyone else.

This article was originally featured on XOJane and republished with permission. Laura Jane Klug is a 52-year-old MtF Transsexual. She is also a professional pilot seeking her next assignment.

Photo via Dystopos/Flickr (CC BY 2.0)