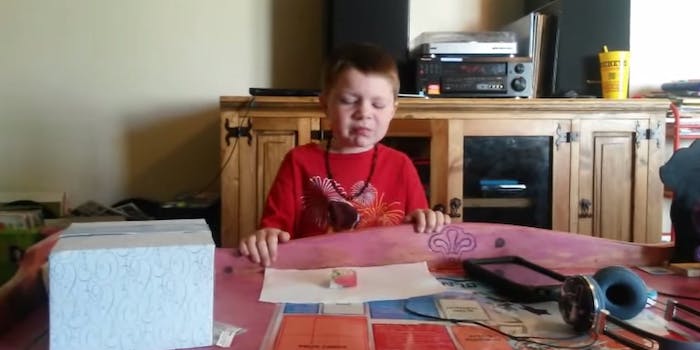 In the heroic standoff between boy and sushi, who will prevail?

In the time-honored tradition of harmlessly tormenting your children, a dad bet his son $10 that he couldn’t eat a piece of sushi without grimacing.

To an adult, eating a piece of sushi really doesn’t seem like a big deal. But we all know that when you’re a kid, some grown-up food is unfeasibly gross. For this boy, that food is sushi, and it’s hilarious to watch how genuinely grossed out he is by a simple blob of rice. It’s an uphill battle to get him to even touch it, never mind earn that $10 by eating a piece.

As it turns out, the $10 payoff was simply not worth the agony of ingesting a piece of sushi. Our heart goes out to this kid and his inevitable future career as an overly dramatic reality-TV star.