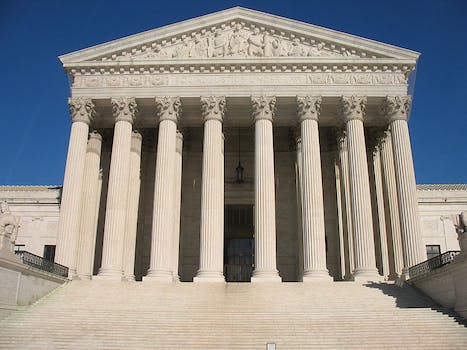 Jammie Thomas-Rasset won't be able to appeal her $222,000 fine for sharing 24 copyrighted songs on a peer-to-peer network.

A woman fined $222,000 for pirating two dozen songs has run out of chances to prove that her punishment was unconstitutionally excessive, and will now have to pay up.

Offering no comment, the Supreme Court denied Jammie Thomas-Rasset’s request to reconsider her punishment under the Copyright Act, which allows users to be fined $150,000 per infringement.

Thomas-Rasset’s case has been a rollercoaster since she was first sent a cease-and-desist letter from the Recording Industry Association of America (RIAA) in 2005, though it’s rarely looked good for her. At different points, she’s been slated to pay $1.5 million, $54,000  and $1.92 million for her infringement, which consisted of downloading 24 songs on the now-defunct peer-to-peer software program Kazaa, which also uploaded those files to other users. The songs downloaded consisted almost entirely of ‘90s hits from groups like Goo Goo Dolls, Gloria Estefan, and Linkin Park.

Her case recalls that of Joel Tenenbaum, who was fined $675,000 in August for pirating 30 songs with Kazaa. He too asked the Supreme Court to reconsider his punishment, but it refused, offering no explanation.

Both are holdouts from a five-year period during which the RIAA sued about 35,000 alleged pirates. Since then, it has pursued its anti-piracy agenda in other ways, such as lobbying for the Stop Online Piracy Act (SOPA) and pushing the U.S.-wide Copyright Alert System (CAS). Others sued by the RIAA during the same period settled their cases out of court for $3,500.

Thomas-Rasset told Wired she simply did not have the money to pay the six-digit fine.

“As I’ve said from the beginning, I do not have now, nor do I anticipate in the future, having $220,000 to pay this,” she said. “If they do decide to try and collect, I will file for bankruptcy as I have no other option.”