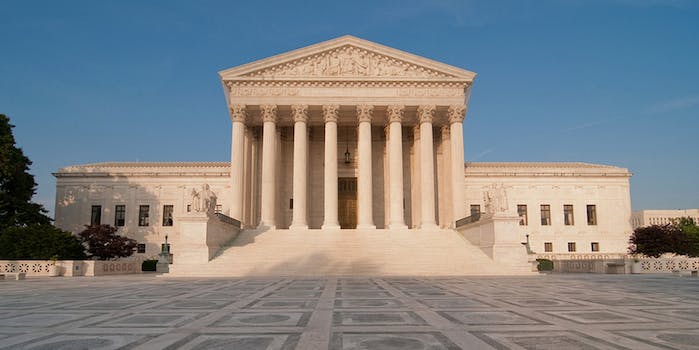 Supreme Court to decide what constitutes a ‘threat’ on Facebook

The U.S. Supreme Court plans to take up the case of a Pennsylvania man imprisoned for more than three years after he posted violent messages about his ex-wife and a law enforcement official on Facebook. A definitive ruling in the case may bring new clarity to the thorny issue of what constitutes a “threat” on social media.

The newly released court docket for the fall session includes the case of Elonis V. United States, in which the justices will be asked to determine if a man’s violent, rap lyric-style postings are protected by the first amendment.

The case involves 30-year-old Anthony Elonis, who was arrested and charged with “interstate communication of threats” in 2010. He was convicted and sentenced to nearly four years in prison.

Prosecutors say Elonis published a number of graphic posts on Facebook shortly after his wife left with the couple’s two children. The content of these postings, sometimes presented in the style of rap lyrics, including smothering his ex-wife “with a pillow and dumping her body in a creek to make her death look like a rape and murder,” according to local paper the Morning Call. He later posted comments about murdering a class of kindergartners and performing a 9/11-type attack on his former workplace, a local amusement park.

When these comments came to the attention of the FBI, an agent was dispatched to Elonis’s parents’ house, where he was living, to investigate. After the visit, Elonis posted a rap called “Little Agent Lady,” in which he imagined slitting the agent’s throat and suggested he had been wearing a bomb during her visit, the Morning Call reports.

A jury ultimately dismissed the comments about his former workplace; however, Elonis was found guilty of making criminal threats for his postings about his ex-wife, the FBI agent and the unspecified kindergarten class.

Attorneys from the University of Virginia School of Law, who now represent Elonis, feel his free speech rights were violated by the lower court’s ruling and have been pushing to get the case to the Supreme Court. They say the judge at the original trial was mistaken when he ordered jurors to convict Elonis if they believed a reasonable person would interpret his writings as a threat.

Elonis’s attorneys say the standard for criminal threats is much more narrowly defined. They argue that their client’s comments did not rise to the level of “true threats,” in which a person makes statements indicating he or she is about to commit an act of violence. Prosecutors argue that Elonis’s comments were in fact an immediate indication of intent to commit violent acts.

In their announcement this week, the Supreme Court justices said they plan to examine whether, “as a matter of statutory interpretation, conviction of threatening another person under [federal law] requires proof of the defendant’s subjective intent to harm.”

The ruling will likely have a significant impact on similar defendants, like Texas teen Justin Carter. Carter was jailed for several months last year after making comments on a Facebook discussion thread in which he joked about murdering a classroom full of kindergartners. He is currently out on bail while he awaits trial. Carter faces up to ten years in prison if found guilty.