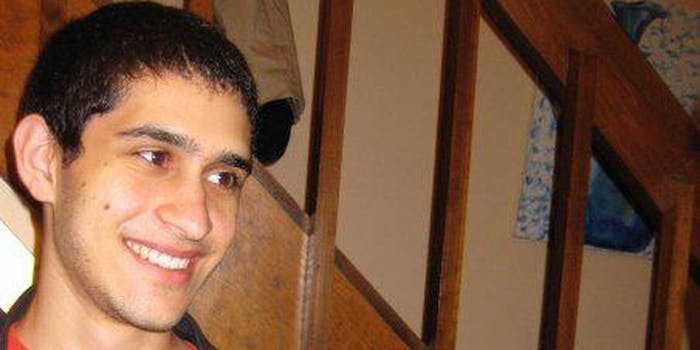 The 22-year-old Brown University student had been the subject of wild Internet speculation that pinned him as one of the Boston Marathon bombers.

Tripathi was last seen on March 16, walking near his home in Providence. Police say no foul play is suspected but that it could take two months to determine cause of death. Tripathi was identified by his dental records.

The 22-year-old psychology major inadvertently became the subject of an online manhunt in the days following the Boston Marathon bombing, when online sleuths familiar with his case notice Tripathi bore some physical similarities to one of the suspects in photographs released by the FBI. That fueled intense speculation online, which was only compounded when a large Twitter account reported that Tripathi’s name had been mentioned on a police scanner Friday morning, as authorities were chasing the suspects across Watertown, Mass.

The rampant speculation online did little to help his worried and desperate family, whose Facebook page—which they set up to help spread the word about Tripathi—instead became a landing point for thousands, if not millions, of strangers hoping to decide for themselves if Tripathi really was suspect number two.

Tripathi, we now know, was innocent. But the Internet’s role in fawning speculation about his guilt has already become the subject of dozens of future-of-journalism thought pieces and will no doubt serve as a case study for anyone warning of crowdsourcing’s pitfalls.

On their Facebook page, Tripathi’s family was nevertheless gracious and forgiving throughout the whole affair. They posted this message earlier today:

On April 23, our beloved Sunil was discovered in the waters off India Point Park in Providence, Rhode Island.

As we carry indescribable grief, we also feel incredible gratitude. To each one of you–from our hometown to many distant lands–we extend our thanks for the words of encouragement, for your thoughts, for your hands, for your prayers, and for the love you have so generously shared.

Your compassionate spirit is felt by Sunil and by all of us.

This last month has changed our lives forever, and we hope it will change yours too. Take care of one another. Be gentle, be compassionate. Be open to letting someone in when it is you who is faltering. Lend your hand. We need it. The world needs it.