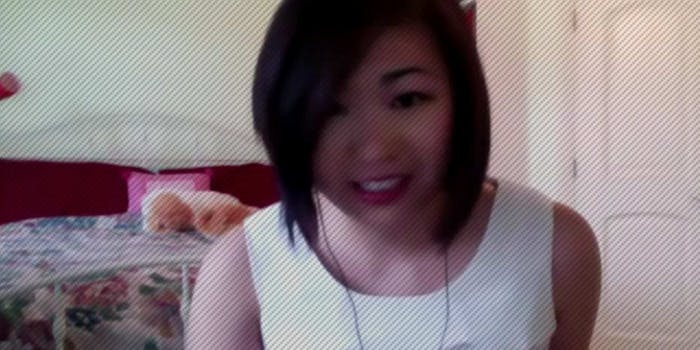 Things got tense in a Huffington Post Live segment with Suey Park and Josh Zepps.

#CancelColbert didn’t actually cancel The Colbert Report, but the conversations it sparked are going strong thanks to a cringe-worthy interview with the hashtag’s founder.

Suey Park, the activist responsible for the #CancelColbert trending topic, appeared on Huffington Post Live Friday to discuss racism and satire with host Josh Zepps, but it didn’t reach a much wider audience until the video appeared on YouTube and Reddit a couple days later.

The entire interview is tense and uncomfortable, no matter whose side you take on the issue. Park was frustrated that Asian-Americans were made into a punchline and that as a white man Zepps didn’t “understand what people of color are actually saying” while Zepps spoke over her, argued that she didn’t understand satire, and said that she had “a stupid opinion.”

“Of course I understand satire,” Park responded. “I’m a writer.” She added that she believes satire “caters to the audience that you’re speaking to,” implying that Colbert’s audience is insensitive to the use of slurs against Asian-Americans.

Both Park and Zepps had harsh words for the other following the interview.

HuffPo Live just had me on, host called my opinions stupid, then got upset I told him white men couldn’t have an opinion. They muted me.

Ahh, the righteousness of professional umbrage-takers. @suey_park wasn’t muted or silenced. I invited her to explain herself & she declined.

The #CancelColbert controversy kicked off last week with a now-deleted tweet published to the @ColbertReport Twitter feed that read, “I’m willing to show #Asian community I care by introducing the Ching-Chong Ding-Dong Foundation for Orientals or Whatever.” The tweet originated with a March 26 Colbert Report segment about the controversial name of the Washington Redskins football team.

Since Stephen Colbert doesn’t air a new episode of his show on Fridays, he didn’t get the chance to address the criticism on his show until Monday night, where he mocked the media and urged people to stop attacking Park online.

And for good measure, he had guest and Twitter cofounder Biz Stone help him delete @ColbertReport. True to Colbert’s word, the Twitter account is no more.