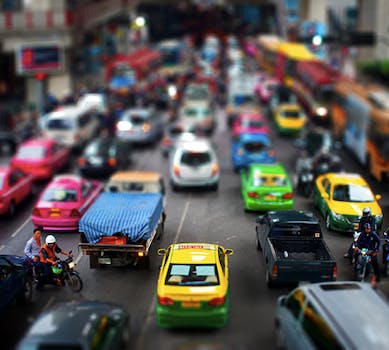 Pinterest is one of the hottest properties online. But does it really drive more visitors than Twitter?

Top tech sites, from TechCrunch to PCMag to Silicon Filter reported the news last week. “This is big,” TechCrunch’s Jordan Crook wrote. “When it comes to referral traffic, Pinterest > Twitter.”

The study tech journalists cited was by Shareaholic, an online sharing tool. You know those cartoony share buttons you often see at the bottom of blog posts? That’s Shareaholic’s product. Every time someone clicks a button, Shareaholic records a referral.

And that’s where the study falls apart. It only reported the behavior of Shareaholics customers.

From Dec. 11 to Jan. 12 the social news site dropped in Shareaholic’s rankings, from 1.13 to .83 percent of total traffic.Yet at the same time, the site recorded a million-visitor boost in its own traffic, from about 35 million unique visitors in Dec. to 36 million in Jan.

Pinterest, on the other hand, drew about half that—between 11 and 16 million visitors—in January, according to data from Nielsen and Mashable. (Why are we so unsure? See below).

Reddit disappeared entirely from Shareaholic’s February report. So that leaves us wondering: How could Reddit drive so much less referral traffic even as it’s growing so quickly?

Either Reddit is actually driving less traffic, or people are no longer sharing on Reddit via Shareaholic. We don’t know. And that’s the whole problem. The study is completely unscientific. A more accurate title  would have been: “Pinterest drives more traffic than Twitter among Shareaholic customers.”

According to Shareaholic, those customers include 200,000 publishers who drive more than 270 million unique visitors a month globally. But who are these publishers? And how are they in any way a representative sampling of the Internet as a whole?

Add another complicating factor: Pinterest is a closed book.

The company rarely responds to media inquiries, citing the fact that  it has yet to hire a press person, and has turned down all but three interview requests in 2012. Two were with bloggers. Hard data on Pinterest is next to impossible to find.

Blogger Josh Davis is one of the few to penetrate Pinterest’s facade. After his blog post on Pinterest’s tie to affiliate program Skimlinks threatened to cause panic among users, cofounder Ben Silbermann called him personally for an interview.

When we spoke to Davis earlier this month, he said he disapproved of the startup’s tight-lipped media strategy. He said that tech journalists aren’t equipped to act as authorities yet and, without getting the facts from Pinterest, their slip-ups might spread misinformation.

“I would say that most people reporting on Pinterest especially in the mainstream digital/tech press likely don’t use the service enough to really understand how Pinterest works,” he told the Daily Dot previously. “I spent and hour on the phone with one of the writers of the Wall Street Journal article on Pinterest and she hadn’t even heard of the service until the day before.”

Given the nature of the study and the fact that Pinterest data is virtually unavailable It’s no wonder that Shareaholic’s data duped so many (including the Daily Dot).