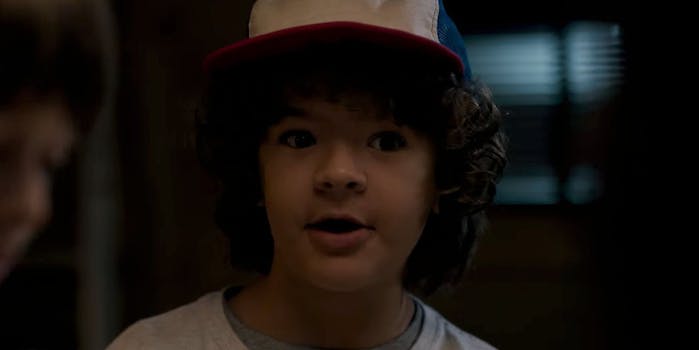 Not only is he totally adorable; he can serenade you to tears.

If you need any other reason to obsess over Stranger Things and its wonderful cast, videos of actor Gaten Matarazzo (who plays the role of Dustin) singing karaoke from Les Misérables should entrench your love all the more deeply.

Those high notes makes the hair on your arms stand up! Matarazzo actually played the role of Gavroche in the Broadway production of the famed musical in 2014, when he was only 11 years old. So he’s not just practicing at karaoke, but actually has pursued singing and acting for years.

He also played the role of Jesus in a production of Godspell when he was only nine years old. And when he has free time (don’t ask us when, but somehow he finds some), he hangs out with singers like Natalie Weiss and sings covers of Bruno Mars songs.

It’s not an overstatement to say that Matarazzo is pretty much set for massive success. What a cool little dude.