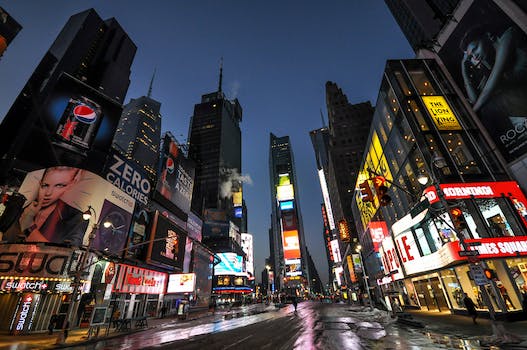 Self-improvement is great, but making promises you won't keep helps no one.

The saying goes that the definition of insanity is doing the same thing over and over again and expecting different results. If that’s the case, how do we account for New Year’s resolutions, an observed post-holiday tradition in which we all trick ourselves into believing that this year, we will actually go to the gym, learn French, take that cooking class, and become a better, stronger, happier, more productive people?

For the past decade, I have made one, seemingly simple resolution for myself, and I have yet to ever keep it: Read a book a week. Sounds easy, right? But after I factor in work, sleep, the time I spend with my boyfriend, taking my dog out for a walk, hanging out with the friends that I’ve pledged to prioritize in my work-life balance this year, cleaning my apartment, joining whatever fitness Meetup group I’ve decided will help me meet my yearly workout goals, and getting caught up on Jane the Virgin, I’ll be lucky if my resolution lasts a month, especially if I pick a book I don’t like or something too long. In the Great Proust Facepalm of 2011, I gave up about 30 pages into Swann’s Way. But if anyone asks, I totally read it.

Americans are creatures of habit, and perhaps no habit is as time-honored as ditching your New Year’s resolutions almost as quickly as you write them down in your Feelings Journal (which you’re totally doing this year). According to research, only 8 percent of Americans stick to their resolutions, and an unsurprisingly high 25 percent ditch them in the first week. While the lesson should be to stop buying into this ritual, many of us will continue to flagellate ourselves in the hope of self-improvement. You might hope to turn into a swan overnight, but here are some reasons why you won’t—and why the best resolution you can make is to give up resolutions altogether. You’ll thank yourself later.

1) You’re setting the wrong goals for yourself

Many of the most common New Year’s resolutions have to do with our desire for physical fitness and overall health: In 2015, we’re going to lose 30 pounds (finally!) or start running every single day. According to Amy Cuddy, a professor at Harvard Business School, the problem is Americans’ issues with healthy living extend to the kinds of goals we set for ourselves. “We’re really bad at setting reasonable goals,” Cuddy argued in an interview with Business Insider. “People are making absolute statements about what they’re going to do, and that’s setting them up for failure immediately because they’re not always going to go to the gym three times a week.”

Not only do those goals leave little room for leeway for when we fall short, but a failure to meet these expectations may discourage future progress. According to Dr. Guy Winch, “Once we fail we not only see our goals as harder to reach, we perceive ourselves as less capable of reaching them. Winch writes in Psychology Today, “[T]hese are not accurate assessments but natural distortions that occur on an unconscious level.” He further explains that failure not only destroys our motivation and self-esteem, it discourages creative thinking and makes us less likely to take risks.

So while your New Year’s resolution might be seem like its making you a better person for a month, it’s actually hurting you the other 11 months of the year.

In an interview with Time magazine, Steve Salerno, the author of Sham: How the Self-Help Movement Made America Helpless, asks the question that’s on all of our minds this time of year: “Do we all not know people who make the same resolutions year after year?” But Salerno argues that the problem is we are all that person. “My concern is that the resolution takes the place of the action, as is also true with so many millions of people who sign up for an endless succession of self-help programs,” he says. “They think some magic words, some avowed promise, will magically transform their lives, when we all know that the real transformational work is tough, grueling, and usually involves sacrifice and unpleasant choices.”

And he’s right: A 2009 study from New York University shows that when we post about our resolutions on Facebook or start sharing them with those around us we get a “premature sense of completeness.” According to Scientific American’s Hannah Waters, this “provides similar satisfaction to achieving the goal.” Waters writes, “[W]ith your self-satisfaction meter already half-full before you start, the motivation to work hard is sapped. Essentially, proclaiming your goals at a New Year’s party can undermine your own efforts from the get-go.”

While Waters suggests that the solution is to keep our resolutions to ourselves, public accountability can be an important tool to help you stay on track. A happy medium, for those who plan to persist with resolutions anyway, is to start an anonymous blog where you write about your path to self-actualization or posting daily photos of yourself to Instagram, for the weight-loss oriented among us. Instead of telling people what you’re going to do, maybe it’s time to tell people what you are doing.

Losing weight can be a really difficult task. If you’re planning on signing up for a gym membership on Jan. 1, you’ll have to battle all the other folks who are doing the same, all vying for a spot on the treadmill. And you’re not only racing yourself on that rubber road—you’re subconsciously weighing yourself against every other person in the room, that guy who has been going to the gym for a month and is already doing better than you or that girl who can run five miles while barely breaking a sweat. At the gym, there’s always a reason to feel less than.

Our deep-seated psychological issues with competitiveness, inadequacy, insecurity, and rejection can certainly be ameliorated when we just put ourselves out there and face our neuroses, but they don’t always address the underlying factors that lead to unhealthy behavior in the first place. According to Quartz’ Alexcis Spencer Lopez, “eating your emotions is a great example of how we use a behavior to distract from what we are feeling.” Lopez writes, “But resolving to stop the distracting behavior without first finding out what’s motivating it is dooming yourself to failure. Only when we acknowledge what’s driving us can we make a conscious decision to change a behavior.”

Instead of hoping that the gym will magically fix us, we should work on addressing the very feelings of inadequacy that make us feel like we need to change. You may keep your resolution to get in shape and get six-pack abs, but the feelings of “anger, sadness, loneliness, boredom, and guilt” Lopez describes are likely to manifest in other ways.

While self-improvement is a worthy goal, it doesn’t benefit us to focus on short-term solutions that fail to provide us with real benefits. The Greater Good Science Center at the University of California at Berkeley argues that focusing on overall happiness or showing gratitude toward others can be an extremely beneficial and low-stakes way to improve our overall quality of life. According to research, the emotions associated with gratitude stimulate the hypothalamus, the part of our brains associated with sleep, metabolism, and controlling anxiety. Thus, an active hypothalamus leads to better sleep, lower rates of depression, and an improved immune system.

But in general, the problem with New Year’s resolutions is simple: Are we focusing on what others want from us or what we really need? Getting to the gym might make for some nice bikini photos and reading Proust might make you sound good at a party, but too often we simply cave into societal pressure, rather than taking real time for self-reflection. New Year’s resolutions shouldn’t be about becoming the person everyone else around us wants us to be; they should be for truly taking stock of what you want out of life.

And those resolutions shouldn’t just be made on Jan. 1. If you start really investing in yourself and your own happiness every single day of the year, you won’t even need New Year’s anymore to hold you accountable. If colloquial truths are correct about insanity, maybe the least crazy thing you can do is to finally do something different this time around.

Photo via Jorge Lascar/Flickr (CC BY 2.0)