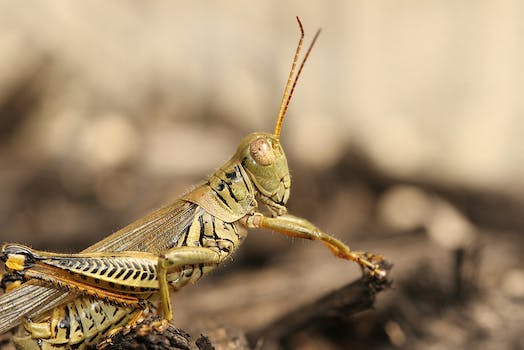 So far out you'll need binoculars.

I’m sure that we’ve all, at one time or another, gotten super baked, taken out the recycling, and noticed a possible hummingbird that turned out to be a giant grasshopper. I further assume that most of us filmed said insect and narrated the encounter with the sort of awed reverence typically reserved for Double Rainbows.

But how many of us—in that curious, intimate, spaced-out moment—were grazed by the cruel hand of Mother Nature herself? Few are so lucky to capture the essence of life on this planet, and they almost never happen intentionally. Feast your senses, I implore you, on 2015’s first masterpiece of cinéma vérité.

Farewell, noble arthropod. At least you had your moment in the sun? Suppose it’s true: The biggest bug hops half as long.

Photo by photochem_PA/Flickr (CC BY 2.0)