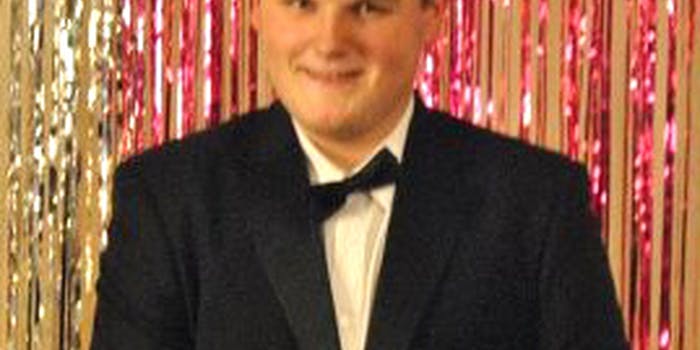 Mike Stone didn’t attend his high-school prom on May 12. But that doesn’t mean he didn’t land his dream date.

Earlier this month, a crew from The Daily Show with Jon Stewart travelled to Oakdale, Minn., to film a segment on the student and his intended date Megan Piper, an adult film actress from California. The segment will air tonigh on Comedy Central, according to Oren Brimer, a producer for the show.

After the campaign garnered national attention, the high-school administration cut the party short—a move that inspired a reaction from hacktivist collective Anonymous.

The school district superintendent released a statement saying that Stone’s “prom date will not be allowed to attend the Tartan prom as her attendance would be prohibited under Tartan’s standard prom procedures and would be inconsistent with two school district policies.”

As a result, Stone and his family reportedly raised money and community support to throw an alternative prom, but it is unclear how those plans panned out.

Here’s hoping that tonight’s segment brings some closure to this endearing teen drama.

In the meantime, take a look at some of the photos of The Daily Show’s visit to Minnesota that Stone uploaded.