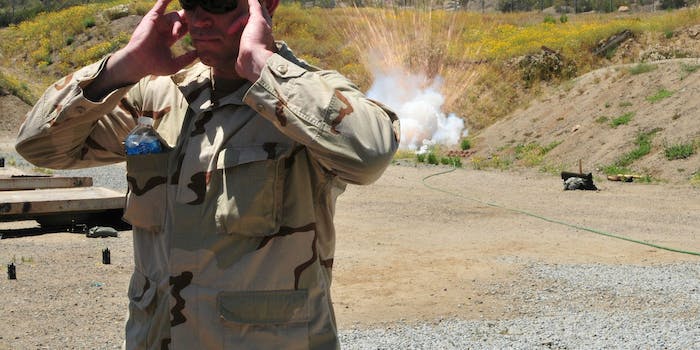 Act of whatever the opposite of valor is.

Nearly as deplorable, the man reportedly used the uniform to garner a Starbucks discount.

Police questioned the man and asked him to leave, but not before Parmer filmed a damning line of questions. The man copped to having an arrest record, and changed his story multiple times.

The whole thing began when he noticed the impersonator wearing his hat indoors—which is against protocol. The fact that that coat donned a Confederate flag didn’t help the matter, yet the man claimed to be an Explosive Ordnance Disposal Technician.

Baffled, the man changed his narrative and claimed it was his stepson’s uniform and that he had no other clothes to wear.

Fox News reporter Erik Rosales determined that the man had been given a Starbucks discount at the airport of 20 percent off. Impersonating a veteran is illegal under the Stolen Valor Act.