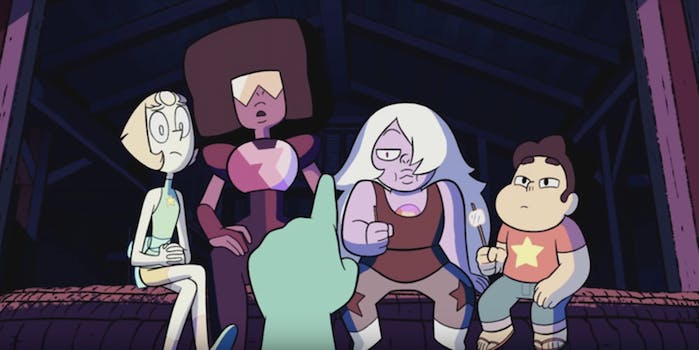 Get your Garnet right next to your peen.

For some reason, these videos have a considerable number of dislikes. Pretty inconsiderate and rude of these masturbators to scorn muchcringe’s random act of kindness. And “Jail Break” has nearly 64,000 views, so obviously there are fans out there seizing this opportunity.

Thank you muchcringe, for doing this good work. Now people everywhere will be able to relax with some Steven Universe after getting as hard as a Crystal Gem.