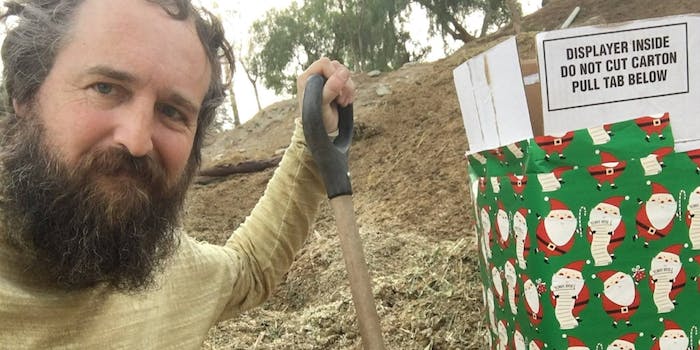 He said he was making a stand.

The dude who dropped a shitload of horseshit at the Los Angeles home of Treasury Secretary Steve Mnuchin has come forward and said the prank was “an act of political theater.”

Robby Strong, an L.A. psychologist, told AL.com that he was the shit-stirrer, saying he got the manure from a friend who owns a horse and dropped off the package in Mnuchin’s Bel Air neighborhood to let people know that “Republicans have done nothing for the American worker.”

In case you need proof of Strong’s resistance, here’s his Facebook page.

I need someone to ride along and document my Secret Santa project. I'm going to hand deliver boxes of horse shit to…

Lol, he'll think it's from his mistress.#ghostofchristmaspresent

Strong also said he was interviewed by the Secret Service on Sunday but was not arrested.

“I just got interviewed by the Secret Service and I’ve now joined some of my heroes like Timothy Leary and Martin Luther King,” Strong said. “[The agents] just showed up in my yard.”