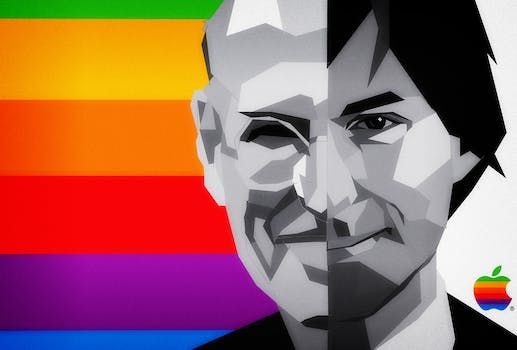 Photo via Surian Soosay/Flickr (CC BY 2.0)

You are not Steve Jobs

Stop saying you're like Steve Jobs because you can come up with good ideas. His legacy wasn't just innovation.

In the three years since Steve Jobs’ death, as our collective memory of the specifics of his accomplishments has begun to recede, a certain narrative has taken over (in some camps) when discussing his significance. At a time when billion dollar tech companies seem to emerge overnight, and tech leaders from Mark Zuckerberg to Jeff Bezos to Elon Musk are deemed worthy of worship, a common dismissal of Jobs is that he was merely a smart, domineering asshole, a brilliant salesperson, but no different from or superior to any of a host of current tech leaders or social media stars. I recently heard a successful business leader state that he was no different from Steve Jobs, and therefore Jobs was of no interest to him. It was a tossed-off, casual comment, but it bothered me, and I’ve spent a fair amount of time since pondering why.

I have never fully understood the fixation with Jobs’ skills as a presenter and salesman. Unquestionably, watching some of his early presentations of major products (such as the original Mac or the original iPhone) is fascinating, and his charisma and showmanship are on full display. But I find it hard to believe that the skill of his presentations made more than a marginal difference in the success of the products. I suspect those that place such emphasis on the marketing of Apple products are the same people that put the specs of Apple products side-by-side with their Windows/Android counterparts, compare the megahertz and gigabytes, and conclude on that basis that the competition is equivalent or better at a cheaper price. The only difference is Apple’s magical marketing spell, invented by Steve Jobs and carried on by his successors today.

While the ability to give slick and convincing presentations, to use personal charisma to charm and sway an audience, is no doubt a rare and valuable skill, there is overall no shortage of such individuals. These are qualities shared by numerous business people, politicians, self-help gurus, boxing promoters, mafia bosses, and snake oil salesmen. If all it took to create a dominant, industry-leading business was having a brilliant presenter as your leader, HP would long ago have anointed Jon Hamm as its CEO, and we’d all be reaching into our pockets for our HP Pavilion PhonePad 12s. Apple is also no stranger to failed products. Its past is littered with ill-advised products that could not be saved by Jobs’ enchanting promotion.

Steve Jobs’ real significance, what makes him an icon, is that he merged the qualities we traditionally associate with business leadership—market-savviness, ruthlessness, financial stewardship, and, yes, marketing ability—with a fanatical devotion to the aesthetics and user experience of his products. Jobs was famously meticulous about the tiniest of details in all his products, from the kerning of the fonts to the color of the icons, because he had a near-religious belief that those things made a difference in the quality of a user’s experience, and therefore had an impact on their lives. And his was not purely a curatorial approach; this is a man who personally conceived and patented the design of the glass stairs for the flagship Apple store, among many other contributions.

This relentless devotion to minute improvements in product design is what engendered, over time, the emotional attachment of many millions of so-called “Apple fanboys.” Apple under Steve Jobs consistently placed the improvement of their products over easy temptations of short-term profit. Why, even when Apple was nearly out of business, did Macs not become filled with sponsored crapware that undoubtedly would have brought in a huge boost to revenue? Jobs would rather have seen his products die than compromise on the experience of using them.

It is hard to imagine any of today’s business leaders possessing the ability or desire to craft the details of their products to this level. Does Jeff Bezos care that Kindles are plasticky, have ugly fonts, and terrible justification algorithms? Amazon is clearly an enormously successful company, but how many of its loyal customers would stick around if its prices increased or shipping times lengthened, even incrementally? Does anyone feel emotionally invested in Amazon? Would anyone say that Facebook under Mark Zuckerberg has placed a greater emphasis on user experience than in wringing advertising dollars out of people’s personal content?

For many of us who are professionally engaged in creative pursuits, we see our skills almost in opposition to what is required to succeed in business. Self-promotion, financial meticulousness, managerial acumen, and competitiveness are traits that many of us wish we possessed but they feel entirely foreign. For one person to have all those traits at a rarefied level and also possess brilliant creativity, design judgement on par with the world’s best, and a tireless devotion to enforcing his aesthetic standards is nearly unique. It’s a cosmic accident, an extremely rare mutation. So to those who think they possess equivalent greatness, I can only say: You’re not that lucky.

Photo via Surian Soosay/Flickr (CC BY 2.0)