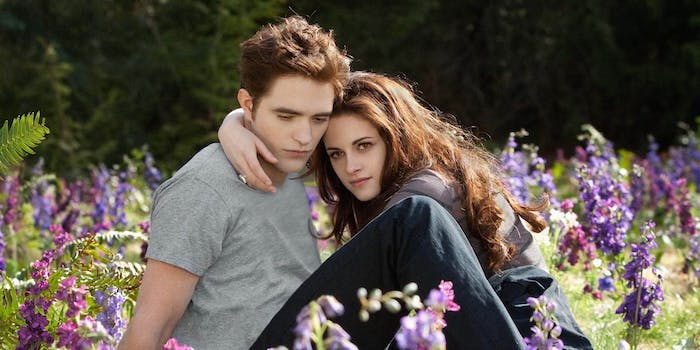 What is the 'Twilight' author planning to announce?

If you visit the website of Twilight author Stephenie Meyer, you’ll see a mysterious countdown clock. It’s teasing some kind of event on May 4, but no one knows what that event actually is.

It’s been 12 years since the publication of the last Twilight novel, Breaking Dawn, and almost four years since Meyer’s last non-Twilight novel, a spy thriller called The Chemist. So naturally, there’s a lot of speculation that the countdown is leading up to a new book announcement.

As is often the case with authors who got famous from one particular book series, there’s much more hype for the possibility of more Twilight than there is for a new original novel like Meyer’s The Host or The Chemist. Judging by social media, fans are still hoping that Meyer will finally publish Midnight Sun, the unreleased Twilight companion novel told from vampire Edward Cullen’s perspective.

Midnight Sun was originally planned for release shortly after the original four Twilight books, but Meyer stopped writing in 2008 after several chapters were leaked online. The experience was so upsetting that Meyer went on an indefinite hiatus from the book.

When she eventually got around to continuing it again, Midnight Sun was beset by another problem: Grey, E.L. James’ Fifty Shades Of Grey spinoff told from Christian Grey’s perspective. If Meyer had announced Midnight Sun shortly after, she’d look like she was copying an author whose work, ironically enough, was originally based on Twilight.

As of this week, some of the Midnight Sun draft chapters are still available on Meyer’s website. There’s no evidence either way that Meyer is planning to publish a new Twilight book or another project entirely, so fans really will have to keep their eyes peeled for whatever happens on Monday.