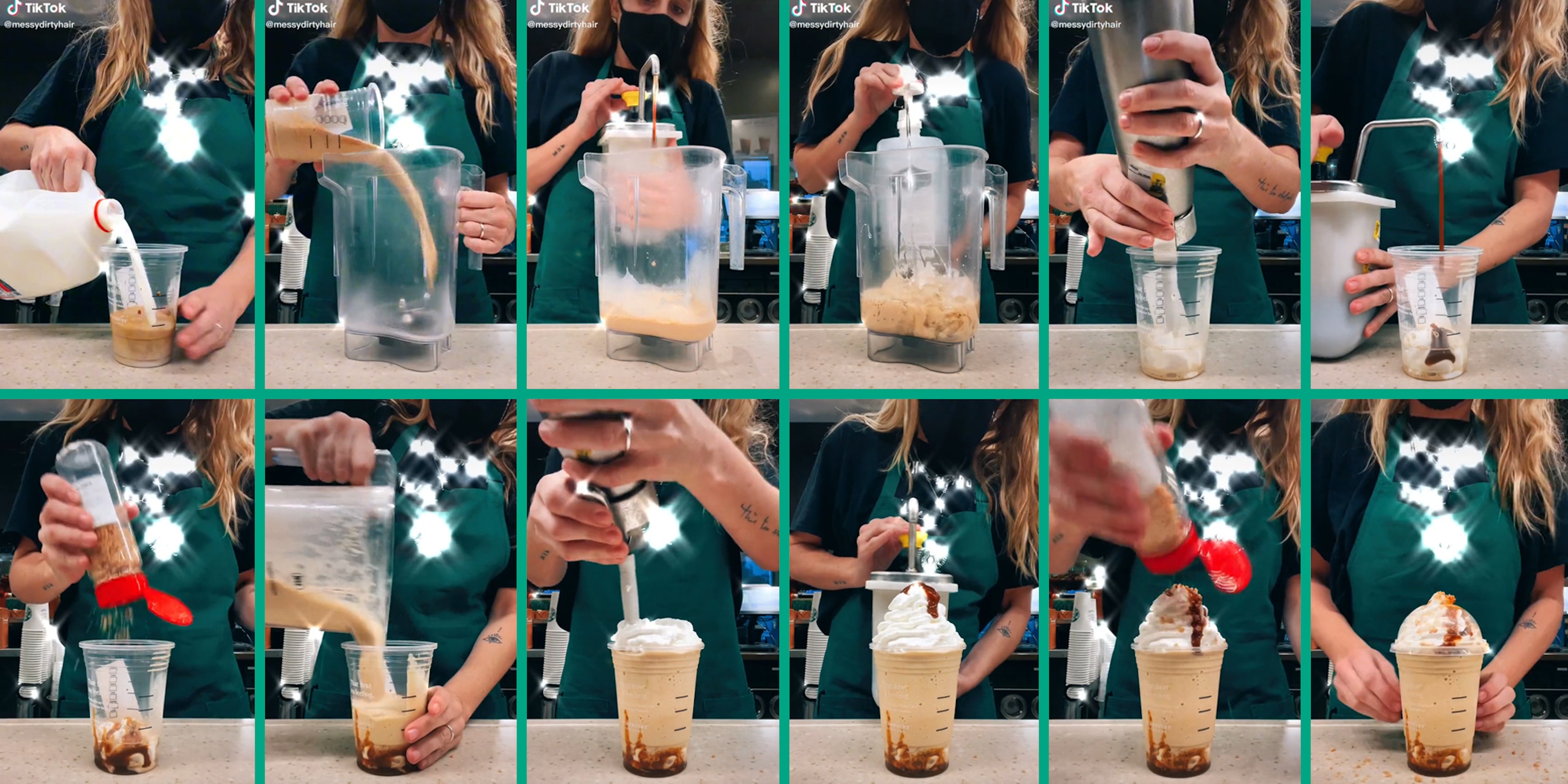 ‘Asking for a frap is the worst thing you can do at Starbucks’: Workers put customers who order Frappuccinos on blast in viral TikTok

'Ordering Starbucks Frappuccinos before the sun even comes up should be a crime.'

If you order a Frappuccino from Starbucks just be aware that you might be getting mocked on TikTok.

A recent TikTok from heyimozzy, captioned “POV: You order a frappuccino during a rush,” shows three Starbucks workers staring at the camera. In the comments are other nightmare Frappuccino scenarios: “and its always the mocha cookie crumble or caramel ribbon,” one commenter said.

The Frappuccino hate extends to other baristas. Last week, gravitational.arts posted a video of three Starbucks employees with the text caption “POV: you ordered a frap.” One of them mock-punches the camera. The amount of time it takes to make a Frappuccino seems to be the main issue. “During a rush it consumes so much time,” one commenter claimed.

A TikTok from messydirtyhair illustrated the time-consuming process and suggested that ordering one “before the sun even comes up should be a crime.”

“not the caramel ribbon,” one commenter said.

“we have a customer that is waiting for us to open at 4:30 every single morning to order two caramel fraps,” another said.

In December, a Starbucks customer who allegedly ordered 9,576 venti Caramel Frappuccinos went viral on TikTok. The total was $52,000 dollars, and many viewers proclaimed the order would be enough to make them quit. It seemed, however, the crew tasked with the large order fulfilled the request, writing “10k fraps later” in one comment.