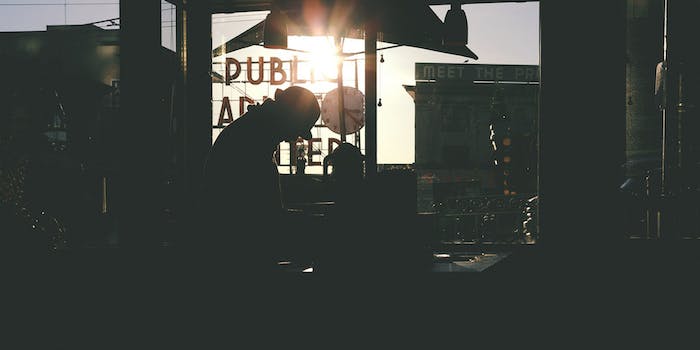 How Starbucks conned everyone with the promise of free college tuition

Everything you've heard about Starbucks' "revolutionary" college tuition program is a lie.

The news hit the wires last week: Starbucks was going to provide a “free college education” to its employees, including not just baristas but also those working in distribution and processing centers, offices, and other Starbucks enterprises. The plan would cover all of the chain’s 135,000 U.S. employees, as long as they worked at least 20 hours a week.

It was a radical move for a chain already known in some circles for progressive treatment of workers—Starbucks, for example, offers health benefits to associates—though, of course, Starbucks continues to resist unionization.

It proved to be a massive PR boost for the Seattle-based company, but there was a small problem: Starbucks’ “free college” wasn’t simply a blank check for employees to attend college at the locations that best suited them. It was limited to a specific partnership with Arizona State University’s online program, which actually made it a step backward from Starbucks’ historic tuition reimbursement program.

While ASU’s program is quite highly ranked, online college programs aren’t for everyone, and neither is ASU’s. Some students need individualized attention at small liberal arts colleges, while others might prefer the more stimulating academic environment of a physical campus. Students taking languages often need to be able to attend daily classes in person to practice and interact with fellow students, while students in the fine arts typically need studio space and direct instruction. Meanwhile, scientists need lab spaces, telescope access, and other physical equipment for their education.

Limiting employees to only one option restricts their educational choices, especially since ASU’s online program only offers 40 majors. A substantial number, to be sure, but a one-size-fits-all solution to education doesn’t resolve the lack of access to higher education for many Americans. While some Starbucks associates may find what they need at ASU, many others may be left wanting. Thanks to the structure of the company’s program, they don’t be getting any college assistance for alternative college choices after 2015, when Starbucks plans to phase out its existing tuition reimbursement program.

Now, even more details of the arrangement are emerging, and it’s become a fascinating story of corporate welfare and a brilliant PR stunt. That “free” education isn’t actually free. In fact, ASU is discounting tuition for Starbucks associates, and assisting students with applications for student aid—including student loans and Pell Grants. These come directly from the government, not Starbucks, allowing the company to claim it’s providing employees with “free” tuition when they’d be able to access the same assistance by applying directly.

The only contribution Starbucks is offering is a matching program, paying part of the difference between the college financial aid package and the out of pocket costs, which could range from $500 to $3,500 depending on the aid package awarded to a student. Starbucks is also limiting its contribution, allowing ASU and the government to shoulder most of the burden for the allegedly free program.

For juniors and seniors, Starbucks will pay out only after students have completed 21 units, paying up front for out of pocket expenses incurred. Given that Starbucks associates don’t make large sums of money and might need to shift their schedules in order to accommodate their ASU work, paying up front in the expectation of receiving funds after at least a year and a half of college (assuming students opt for 12-15 unit semesters) may be difficult, if not impossible.

Meanwhile, first- and second-year students will get no assistance from Starbucks under the program, though they will be eligible for ASU’s tuition scholarship. While no Starbucks associate will be obliged to stay with the company while receiving aid, the delay in payouts effectively forces employees to stay with the company until they graduate in order to qualify for financial assistance.

Suddenly, the Starbucks College Plan doesn’t look nearly as appealing as it did. Students will be locked into attending ASU if they want to receive any assistance from Starbucks, and they’ll need to be prepared to both pay up front and potentially shoulder student loans. While Starbucks will eventually provide compensation for cash paid, it won’t help with student loans, and these can be the most significant part of college expenses for many students. Student loan debt is a serious social and economic issue for young adults, and this program does nothing to address it.

Effectively, Starbucks is taking advantage of already extant financial assistance programs for college and using them to increase its profile in the media. As more news has emerged about the program, it’s become apparent that what at first sounded like a revolutionary first step in increasing educational opportunities for working class Americans was actually just a plan to make Starbucks look good.

Numerous companies offer assistance with college costs as part of employee retention, incentive, or rewards programs. The high cost of college makes this an appealing benefits option, especially for those who are interested in further developing their careers. With Starbucks getting so much attention for its not-so-free college program, it will be interesting to see how many chain stores follow suit with a revamping of existing programs to shift the financial burden onto colleges, universities, and the government.

After all, why buy your employees a cow when the government provides the milk for free?