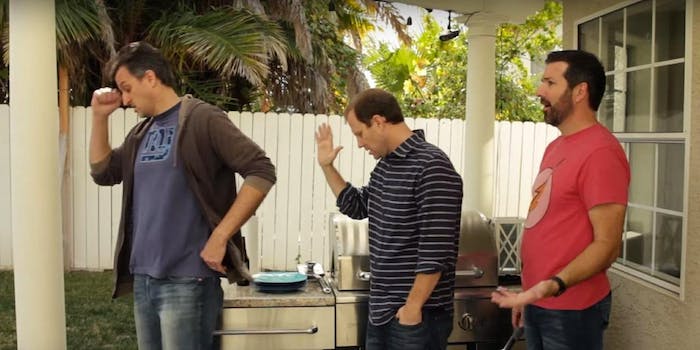 It's perhaps the one thing that can never get through a 'Star Wars' fan's mind.

Star Wars is everywhere, from our screens to store shelves and just about every place in between, as The Force Awakens’s release date draws closer. But there’s probably no easier way to piss off a Star Wars fan than to say you’ve never seen Star Wars.

The concept has played out as a bit on How I Met Your Mother, but the comedy group DudeDay took it a step further in their latest sketch. Not only has one of their own never seen Star Wars, he doesn’t know any of the references or characters, even when they’re right in front of him from his own son, who was C-3PO for Halloween. (He probably doesn’t know who Darth Vader is, either.) The only thing that can make it worse is what he actually is a fan of.

This guy is either completely oblivious to all pop-culture phenomenons he doesn’t already like or a master troll perfecting his art for decades. If it’s the latter, we have to applaud him for his sheer dedication to the ruse.