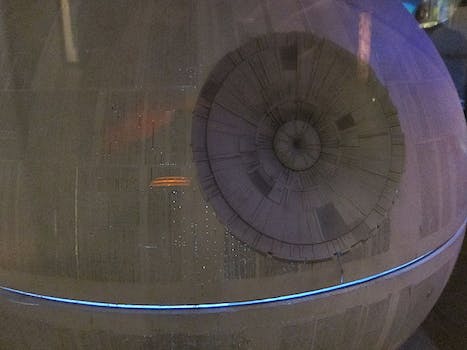 Last Friday, the White House responded to a very popular petition. Today, the Galactic Empire released a statement of its own.

The Empire has struck back.

Last Friday, the White House responded to a very popular petition that garnered more than 34,000 signatures asking the United States government to build its own Death Star, the planetary-sized weapon of mass destruction prominently featured in the Star Wars films.

Paul Shawcross, chief of the Science and Space Branch at the White House Office of Management and Budget, turned down the proposal, noting that its production would cost an estimated $850,000,000,000,000,000.

Shawcross stated that the Obama Administration currently does not support a policy of annihilating planets. He also pointed out that it would be senseless to build a megaweapon that could effectively be destroyed by exploiting a glaring vulnerability found in a thermal exhaust port.

Today, the Galactic Empire released a statement of its own, ridiculing the United States government for its decision to not build its own Death Star, claiming outright that the latter was far inferior.

Read the full statement below:

IMPERIAL CENTER, CORUSCANT—The overwhelming military superiority of the Galactic Empire has been confirmed once again by therecent announcement by the President of the United States that his nation would not attempt to build a Death Star, despite the bellicose demands of the people of his tiny, aggressive planet. “It is doubtless that such a technological terror in the hands of so primitive a world would be used to upset the peace and sanctity of the citizens of the Galactic Empire,“ said Governor Wilhuff Tarkin of the Outer Rim Territories. “Such destructive power can only be wielded to protect and defend by so enlightened a leader as Emperor Palpatine.”

Representatives on behalf of the nation-state leader from the unimaginatively named planet refused to acknowledge the obvious cowardice of their choice, preferring instead to attribute the decision to fiscal responsibility. “The costs of construction they cited were ridiculously overestimated, though I suppose we must keep in mind that this miniscule planet does not have our massive means of production,” added Admiral Conan Motti of the Imperial Starfleet.

Emissaries of the Emperor also caution any seditious elements within the Galactic Senate not to believe Earth’s exaggerated claims of there being a weakness in the Death Star design. “Any attacks made upon such a station — should one ever be built — would be a useless gesture,” added Motti.”

The Empire’s last two claims that no such weapon has ever been built or that it could easily be defeated are obviously false. Ample footage exists of a young Luke Skywalker destroying the first Death Star at the Battle of Yavin, which proved to a be the first significant victory for the Rebel cause.

Via HyperVocal. Photo via Michael Wifall/Flickr