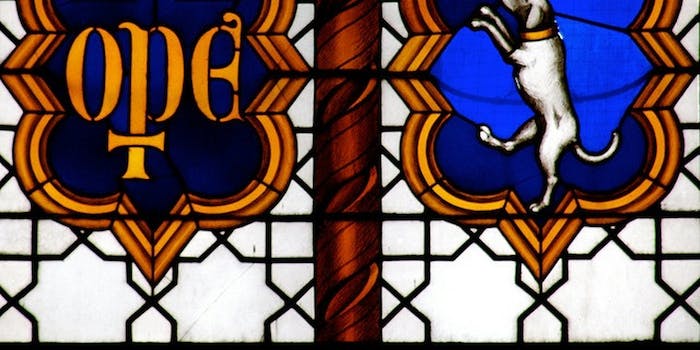 St. Paul’s Church in England is taking a unique approach to its annual pet service.

Twitter has been used for everything from watering plants and dispersing dog treats. Now, a church in England is using the microblogging platform to give thanks for pets in a religious service this weekend.

In Camberley, Surrey, St. Paul’s Church is asking people to tweet photos of their pets to the parish. Rev. Claire Isherwood will ask the animals’ owners questions through Twitter as part of two special services this Sunday, before giving thanks for their companions and those in attendance at the church.

Responses to the reverend’s questions will be displayed on a large screen inside the church.

“Since animals can’t normally go to church, we reserve one day a year as a special day to include them and bless them,” the church’s social-media officer Andy Salt said.

“We wanted a way to open up St Paul’s to the people in the wider community, so everyone can take part in our annual pet service, not just those physically present.”

Those attending Sunday’s services have been asked to bring animals no larger than a dog, though Salt said the church is hoping that zoos will get in touch over Twitter to let the reverend know about their more exotic animals too.

Judging by a search for Twitter mentions of @StPaulsCamb, however, it seems that only cats have been tweeted about. Figures.

Photo by I Love Trees